This was first posted on Facebook on 5th February 2020, with support from my Ko-Fi network.

(I am not arguing that Blair or Brown’s PMQs were any better, but the last time I listened to a Labour PM at PMQs was at least a decade ago.)

I listened today because it’s the first PMQs after Brexit, and Boris Johnson was taking them himself instead of squirrelling off somewhere else and handing the job to one of his minions.

Johnson, Corbyn, and Ian Blackford all mentioned the Streatham terror attack and praised the emergency services. No one mentioned that the police station yards from where the attack took place had been closed down by Tory austerity cuts in 2012 and Boris Johnson, then Mayor of London, had said not a peep about it.

Corbyn quoted Claire O’Neill’s letter to the Prime Minister after she was fired by Dominic Cummings on Friday. Boris Johnson said he didn’t know what Corbyn was talking about – evidently he hadn’t read the letter. Corbyn also quoted Johnson’s own climate-change denialist comments back to him. Johnson said Corbyn was talking nonsense and mentioned self-praisingly that the UK became the first major economy to commit to the Copenhagen Accord (he didn’t mention the Accord’s name or date, only the reduction of carbon emissions then committed to by the UK). Corbyn pointed out that this was in 2009 and under a Labour Government and Johnson went on to make more stuff up. Seriously, that is how it goes: and as the Commons rules do not permit one MP to call another a liar, no one called Johnson a liar. 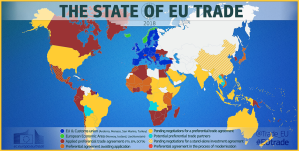 But, two questions were asked that I did want to hear:

Boris Johnson was asked when he would release the report on Russian interference in the 2016 referendum. This has been awaiting the final step in release, the Prime Minister’s signature, since 27th October 2019. Johnson said the report would be released when the Intelligence and Security Committee was sitting again and then that there was nothing interesting in the report (which is why he’s been sitting on it for so long, obviously). To be clear, this report has already gone through all of the security processes required by the Committee: the responsibility for releasing it is the Prime Minister’s: this is essentially a final formal sign-off and ordinarily takes five to ten working days.

Boris Johnson was also asked by a Welsh Labour MP about NHS visas for employing people to work in Welsh hospitals. (Most NHS jobs are paid well below the rate that Priti Patel has announced as the minimum wage – £30,000 – that a person who wants to live and work in the UK must be earning.) In response, Boris Johnson said something mumbly about how his government fully intended to support the NHS and then closed by claiming this is a devolved matter for the Welsh government. It is not: visas are a reserved matter. If Johnson truly intends to make issuing visas for people to come and work in Wales and Scotland a devolved matter, that would be a huge policy change – and something Nicola Sturgeon was calling for for Scotland in January.