On the process of political smearing

I wasn’t planning to write another blogpost on the Labour leadership election. (I hope I’m not going to be starting a lot of blogposts over the next few weeks with that sentence.)

I don’t have a vote because although I’m a member of an affiliated organisation (which has sent me a mailshot about the election) I didn’t register for a vote because I am a member of the Scottish Green Party. So I’m just waiting for 12th September, like everyone else who doesn’t qualify for a vote, which is 99.0472% of the population of the UK.

610,753 people do have a vote, and according to most polls the majority currently plan to vote Jeremy Corbyn.
END_OF_DOCUMENT_TOKEN_TO_BE_REPLACED

There were three women and two men in the Scottish Labour leadership contest: the media largely ignored Sarah Boyack, Kezia Dugdale, and Katy Clark: most of the mainstream publicity I saw treated the contest as if it were a race between two men, Jim Murphy and Neil Findlay.

Jim Murphy won, MP for East Renfrewshire, and currently his name gets about 2,750,000 hits on Google.

Kezia Dugdale also won: she is the Deputy Leader of Scottish Labour, and currently her name gets about 75,900 hits on Google.
END_OF_DOCUMENT_TOKEN_TO_BE_REPLACED 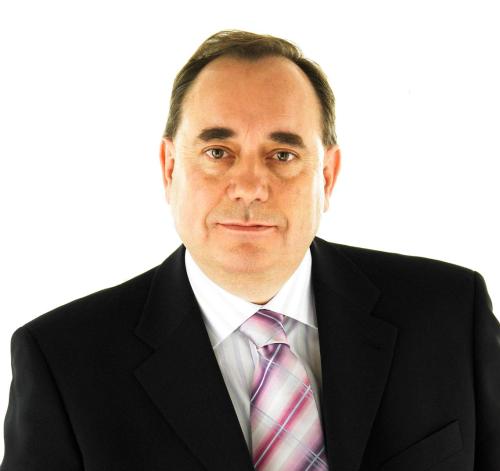 There are two things I will always remember about Alex Salmond, who has just announced that he’s stepping down as leader of the SNP and First Minister of Scotland.

One of them is that on 20th May 2008, as MP for Banff and Buchan, he paid one of his rare visits to the Commons to vote for forcing women who need abortions after 20 weeks to have to leave the UK by making abortion illegal for them to access in the UK.

Most abortions after 20 weeks are either for medical reasons (read personal stories from women in Ireland who were in that situation) or because a young woman delayed getting help out of confusion, ignorance, fear – or sometimes malice on the part of prolife medical personnel: or because it took them so much time to save up the fare from Ireland and the cost of an abortion here.

When asked to explain his position on abortion as an MP by a Banff and Buchan constituent, Alex Salmond wrote back to her on First Minister notepaper to say that abortion was a reserved issue.
END_OF_DOCUMENT_TOKEN_TO_BE_REPLACED

Chris Huhne in the Guardian yesterday:

First, none of this would have been possible without my own mistakes. I am no saint (but nor did I claim to be).

Chris Huhne was one of the Tory/LibDem Cabinet’s millionaires. He was Secretary of State for Energy and Climate Change: he is now European manager of Zilkha Biomass Energy, a transition from government minister to employee in the same field that is now so familiar its corruption wouldn’t make the headlines – except that Huhne spent some time in between in court and in jail.

Besides his wealth from his pre-Parliament career as a City of London economist, Huhne owned seven houses: the one he officially lived in, in London: his official second home, in Eastleigh: and five more rental properties.

As revealed in the MP expenses scandal in 2009:

He owns his second home in his Eastleigh constituency in Hampshire outright but regularly claims for its renovation. In August 2006 he was reimbursed for a £5,066 builder’s invoice that included having two coats of “red rustic timber care” applied to garden items, and two coats of green preservative for fences. On another occasion Mr Huhne submitted a handyman’s bill for £77.31, covering odd jobs such as “replacing rope on swinging chair”. END_OF_DOCUMENT_TOKEN_TO_BE_REPLACED

Michael Gove talked about people living beyond their means, and Labour spending too much on welfare, and claimed this justified the Tory/LibDem cuts cuts cuts workfare cuts.

Michael Gove used to work for Rupert Murdoch as a journalist at The Times, until he was selected as the new Conservative candidate for the safe seat of Surrey Heath in the 2005 election.

Between December 2005 and April 2006, Michael Gove used the Additional Costs Allowance (meant for an MP to claim for their second home) to claim more than £7000 for furnishing this house:

Around a third of the money was spent at Oka, an upmarket interior design company established by Lady Annabel Astor, Mr Cameron’s mother-in-law.

END_OF_DOCUMENT_TOKEN_TO_BE_REPLACED

Iain Duncan Smith: the quiet man with so much to be quiet about

A universal welfare state is the essential bedrock of a civilised country. A civilised country ensures that no one goes without healthcare because they can’t afford it, no one is treated as if worthless because they cannot work, and that anyone who loses their job needn’t fear destitution for themselves or for their family if they don’t find another job instantly. A civilised country ensures that no one needs to work when they are too young or too old or too disabled or too ill. This is not a system that can be replaced by random acts of charity: to become civilised, we pay taxes and national insurance and we all benefit.

Iain Duncan Smith became Secretary of State for Work and Pensions in May 2010 – a role he has held ever since, despite efforts by David Cameron to unseat him in the 2012 reshuffle. He has virtually no further-education qualifications and spent several months on the dole after leaving the Scots Guards in the recession of 1981. But the next year he married a very wealthy woman, the daughter of a very wealthy man, and he and his wife and four children still live in a house rented from his father-in-law on his wife’s father’s estate: he became an MP in 1992, inheriting Norman Tebbit’s safe constituency of Chingford. Whatever Iain Duncan Smith’s experience of unemployment thirty-two years ago, it’s safe to say that in thirty years he hasn’t had money worries – except when he became Leader of the Opposition and it was discovered he’d given his wife one of those plum “assistant” jobs which used to be a bonus for the spouse or child of an MP.

END_OF_DOCUMENT_TOKEN_TO_BE_REPLACED

Mark Hoban, Minister for Employment, Conservative MP for Fareham, announces in the Daily Telegraph that from Monday 21st October “there will be clear and escalating levels of penalties” for being poor:

A third failure, at this level, is simply not acceptable and we will impose a three year penalty.