The Path To The Dark Side 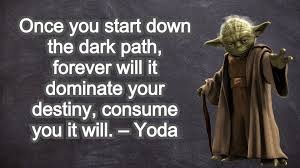 Things the following group of people have decided are A-OK and do not in any way merit criticism and are, in fact, “honourable and compassionate” behaviour:

END_OF_DOCUMENT_TOKEN_TO_BE_REPLACED 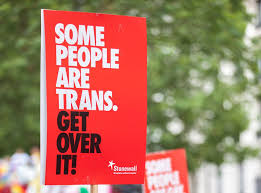 If you weren’t aware; the Scottish Government’s consultation on GRA reform ends on 17th March.

Anyone in Scotland – indeed, anyone in the UK (or anywhere in the world) can respond. More weight will be given to the responses of people living inside Scotland, but anyone can give their views.

The last two or three years have been a growing wave of anti-trans feeling which has been made “respectable” to the general public by articles and comments by women perceived as speaking as part of mainstream UK feminism when they attack trans women.

They are not speaking as feminists at all when they attack women for being trans: they are just coming out with a rigamarole of nonsense and lies, which I strongly believe is inspired by the US Christian Right promoting anti-trans campaigning.

END_OF_DOCUMENT_TOKEN_TO_BE_REPLACED

What would your name have been?

My given name is the seventh most popular for girls in the 1960s. In classes through primary and secondary school, there were never less than two other girls with the same name, and one term there were five.

If I had been a boy, the seventh most popular name for boys in the 1960s was Stephen. (Curiously enough, throughout primary school there were always at least two Stephens in the class – varying spellings – and in adulthood, though I know only a few women with the same given name as me, every other man seems to be called Steve.
END_OF_DOCUMENT_TOKEN_TO_BE_REPLACED

Tagged as feminism, trans, what's in a name