On Friday 11th September, David Cameron intended to launch Project Islington: a series of dirty-bomb attacks on Jeremy Corbyn based on weeks of research over the summer as the Tories realised to their horror that the backbench Labour MP from Islington North with all those dreary left-wing ideas might actually win.

Prime Ministerial staff have been trailing Corbyn round the country ever since the YouGov poll revealed on 22nd July that Corbyn had a solid lead over any of the three candidates the Tories would have preferred to be leading Labour today.

Unfortunately, Cameron was caught making a little quip about people from Yorkshire

“We just thought people in Yorkshire hated everyone else, we didn’t realise they hated each other so much.” 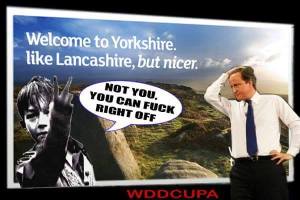 when he didn’t realise the mike was live, and what should have been a resounding speech denouncing Jeremy Corbyn became an amused discussion of Cameron’s loose lips.
END_OF_DOCUMENT_TOKEN_TO_BE_REPLACED

On the process of political smearing 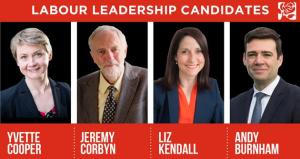 I wasn’t planning to write another blogpost on the Labour leadership election. (I hope I’m not going to be starting a lot of blogposts over the next few weeks with that sentence.)

I don’t have a vote because although I’m a member of an affiliated organisation (which has sent me a mailshot about the election) I didn’t register for a vote because I am a member of the Scottish Green Party. So I’m just waiting for 12th September, like everyone else who doesn’t qualify for a vote, which is 99.0472% of the population of the UK.

610,753 people do have a vote, and according to most polls the majority currently plan to vote Jeremy Corbyn.
END_OF_DOCUMENT_TOKEN_TO_BE_REPLACED