On Friday 11th September, David Cameron intended to launch Project Islington: a series of dirty-bomb attacks on Jeremy Corbyn based on weeks of research over the summer as the Tories realised to their horror that the backbench Labour MP from Islington North with all those dreary left-wing ideas might actually win.

Prime Ministerial staff have been trailing Corbyn round the country ever since the YouGov poll revealed on 22nd July that Corbyn had a solid lead over any of the three candidates the Tories would have preferred to be leading Labour today.

Unfortunately, Cameron was caught making a little quip about people from Yorkshire

“We just thought people in Yorkshire hated everyone else, we didn’t realise they hated each other so much.”

when he didn’t realise the mike was live, and what should have been a resounding speech denouncing Jeremy Corbyn became an amused discussion of Cameron’s loose lips.
END_OF_DOCUMENT_TOKEN_TO_BE_REPLACED

Because it’s my choice

Over two years ago, I wrote a blogpost outlining why I thought those who were opposed to same-sex marriage were also opposed to safe legal abortion. (Human Rights: Abortion and gay marriage).

In 2004, the Partido Socialista Obrero Español (PSOE) won the general election and had as a manifesto commitment, lifting the ban on same-sex marriage in Spain. In 2005, Spain became the third country in the world in which same-sex couples can marry. In 2011, the right-wing Partido Popular (PP) won a majority, and had in their manifesto commitments to roll back access to safe legal abortion, and to have the Constitutional Court consider re-imposing a ban on same-sex marriage.

Courts and judges, upholders of law and order, have in general proved to be supporters of keeping marriage legal, because unmaking lawful marriages is disorderly, and to the judicial mind, disorderliness in marriage law is anathema. In 2012, so it proved in Spain: rather than fall into the unutterable confusion of declaring that seven years of marriages would no longer be recognised, the 2005 law was upheld.
END_OF_DOCUMENT_TOKEN_TO_BE_REPLACED

We are the Opposition

Margaret Thatcher’s funeral: 23 things you could pay for with £10m

The BBC refuse to play a song from the Wizard of Oz.

There’s a strong possibility that the Metropolitan police will pre-arrest people whom they allege are going to take part in protests at the funeral: there has been an explicit threat that anyone who does protest along the funeral route will be arrested.
END_OF_DOCUMENT_TOKEN_TO_BE_REPLACED

One of these things is not like the others? After all, Thatcher’s sole political merit was that she was pro-choice. Let me explain.

Ding Dong the Wicked Old Witch is a jolly song. As Angry Women of Liverpool note in their feminist analysis of how to discuss Thatcher’s death “there are so few songs you can sing joyfully about the death of somebody thoroughly deserving”:

Tough one. The history of witch persecution is fraught with the very foundations of modern capitalist and patriarchal oppression, as anybody who’s read Silvia Federici knows. But there are so few songs you can sing joyfully about the death of somebody thoroughly deserving.
You want a proper argument in defence? Give me a minute. END_OF_DOCUMENT_TOKEN_TO_BE_REPLACED 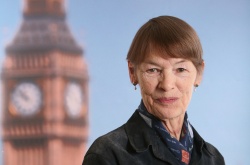 Who is that Ed Miliband chap again?

This is the MP I want to lead the Opposition. Because today, she did.

‘When I made my maiden speech a little over two decades ago, Margaret Thatcher had been elevated to the other place but Thatcherism was still wreaking, as it had wreaked for the previous decade, the most heinous, social, economic and spiritual damage upon this country, upon my constituency and my constituents.
END_OF_DOCUMENT_TOKEN_TO_BE_REPLACED

Margaret Thatcher was born in Grantham and died in the Ritz. In another world, she might have become a chemist, following in the footsteps of Dorothy Hodgkin and Rosalind Franklin. Instead we may owe her for Mr Whippy ice-cream. Among her other achievements, in what is still today a male-dominated party, Thatcher first stood for election in 1950, and became the MP for Finchley in 1959 – which seat she held for the next 33 years.

During that time she destroyed much of the heavy industry in the UK, especially in Scotland and Wales, primarily because she didn’t like trade unions: she set the trend to privatisation going which led to the high prices and inefficiency in our public transport, our gas and electricity, our water, our post-office, and our health service. She supported Section 28, the cold cruel legislation which made it unlawful for teachers to stand up against homophobic and transphobic bullying. She abolished the rates, fattened landlord’s pockets with the poll tax, and said bluntly that she “didn’t believe in society”. The only thing I can think of she did that I ever liked her for was voting pro-choice (and causing lots of Tory MPs to trot after her like lambs into the No lobby) whenever anti-choice legislation was proposed.
END_OF_DOCUMENT_TOKEN_TO_BE_REPLACED

The right to buy and the housing bubble

RTB [Right to Buy] was introduced in Scotland in 1980 and operated largely unchanged for 20 years. Sitting tenants of public authorities had a right to buy their homes for a discount of up to 70 per cent for flats or 50 per cent for houses. The discount depended on how long you had lived there. While modernisation has slowed its impact, the overall consequences of RTB have been hugely popular.

The numbers are staggering – 490,000 social homes have now been sold in a nation of only 2.4 million households. For some households – not the poorest, but those on modest or below average incomes – it gave access to home ownership and to the accumulation of housing wealth that otherwise may never have happened.

In 2007, This Is Money reported that the cost of an average UK property had gone up by 90% over the previous 5 years: the Council of Mortgage Lenders also reported that the buy-to-let market was rising faster than the rest of the house-buying market. Five years later, the majority of new housing benefits are in work, and housing benefit is a profitable subsidy paid to those wealthy enough to take advantage of buy-to-let.

In 1975, the average house price in the United Kingdom was just over £10,000.
END_OF_DOCUMENT_TOKEN_TO_BE_REPLACED

There is a story about Clare Short when she was a senior civil servant, working as Private Secretary to Mark Carlisle, who was then Education Secretary in Margaret Thatcher’s first Cabinet, that after working hard all day on Tory education policies, she would relieve the frustrations of the day by telling the Minister exactly what she thought of the Tory policies – an end-of-work break that apparently they both enjoyed.

The story does credit to both – Margaret Thatcher noted in her diary that when she had to dismiss Carlisle in her September 1981 cabinet reshuffle, he left with “courteousness and good humour” – and highlights the British civil service tradition of total political neutrality in office.
END_OF_DOCUMENT_TOKEN_TO_BE_REPLACED

“Fixed term, four year Parliaments: dissolution only if government cannot be formed or if Parliament votes for its own dissolution by a two-third majority.”

This is a part of the Constitution that would probably pass with least discussion. Fixed-term Parliaments are mandated in a devolved Scotland by the 1998 Act, and it is broadly agreed in constitutional democracies outside the UK that the power to dissolve Parliament and set the date for the next General Election is not something that should be under the control of the government of the day: it’s one of the powers of the Crown that accrues to the Prime Minister in the UK’s decidedly unwritten Constitution.

Margaret Thatcher used it in May 1983 to call a General Election two years early on the feelgood factor from the Falklands War: John Major used it to not call a General Election that he knew he wouldn’t win until literally the very last minute, April 1997 (and so did Gordon Brown in May 2010, despite Tony Blair’s having set the example of calling an election every four years). David Cameron will probably do the same, unless he starts a small war somewhere for electoral good value.

Looking back at the old Scottish Parliament, it was of course no more representative of the people then the old English Parliament: the Three Estates of the old Scottish Parliament (the lordis of counsall and sessioun) were the prelates (the bishops and abbots: the Catholics were removed in 1567, the Protestants removed in 1688); the lay tenants-in-chief or parliamentary peers (comprising three degrees of nobility: dukes, earls, and lairds – a laird or “lord of parliament” would have been the owner of a landed estate which was not part of a village or town or royal burgh); and the Burgh Commissioners elected by the royal burghs. From 1592 onwards there were also Shire Commissioners, selected by the lairds of the shire, and from 1603, royal office holders: I think the Universities also had parliamentary representation, but I don’t know how that worked. The three Representation of the People Acts in 1832 for England and Wales, Scotland, and Ireland, were the first steps towards making Parliament democratically representative.

The Parliament of Scotland was always unicameral and the collective term used for the members was traditionally the Thrie Estaitis even when there seem to have been four or five. (Mostly from A Short History of the Scottish Parliament.) The representatives from the Royal Burghs were the largest estate within the Parliament, and the 1707 Act of Union specified: “That the Rights and Privileges of the Royal Boroughs in Scotland as they now are Do Remain entire after the Union and notwithstanding thereof”.
END_OF_DOCUMENT_TOKEN_TO_BE_REPLACED