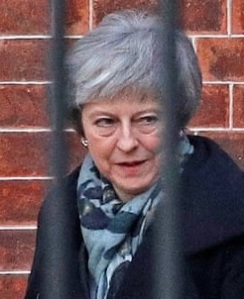 Theresa May won her vote of confidence 200-117 and is off to meet with the EU Commission, still Prime Minister – though having lost the confidence of nearly one-third of her MPs.

So, where are we now?

The deal the EU negotiated for Theresa May is the only deal they’ll accept. The EU have, jointly and severally, made that clear. Any talk of changes to the deal is uninformed rubbish. At this point in time, the House of Commons has three choices:

For many MPs, the fact that they have no ability to move the EU to a better deal is too unpalatable to be comprehended.
END_OF_DOCUMENT_TOKEN_TO_BE_REPLACED 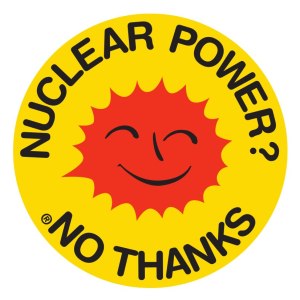 On this day 73 years ago, the United States exploded a nuclear bomb over Hiroshima, the first and also the second-last use of nuclear weapons in war time.

The United Kingdom’s supply of nuclear missiles are stored at their purpose-built home in Faslane.

The majority of Scots support a no-nukes Scotland.

Scottish Labour, the SNP, and the Greens all support not renewing Trident.

All of this adds up to the surety that when Scotland becomes independent, and Faslane ceases to be a UK military base, the nuclear missiles must go.

But the removal of Trident is always going to be the biggest problem the Westminster government/the UK’s Ministry of Defence has with Scottish independence, because not only is there nowhere else for it to go and it would take a couple of decades to build an alternative site, there isn’t a realistic alternate site in the rest of the UK for deep-water nuclear submarines.

Devonport is physically possible but is a political impossibility, certainly for any Conservative government (and in a twenty-year construction plan there will likely be at least one Conservative government): while Scots feel uncomfortable about how near Faslane is to Glasgow, Devonport is literally in the middle of Plymouth. Pembrokeshire is a technically feasible location, but building an entirely new military depot for nuclear weapons on the coast of Wales creates a whole new political problem for rUK after iScotland has voted Yes and departed.
END_OF_DOCUMENT_TOKEN_TO_BE_REPLACED

Theresa May will be PM til after Brexit 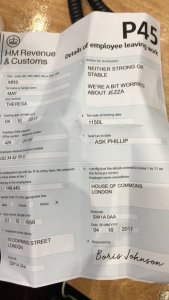 According to rumour, Sir Graham Brady, chair of the 1922 Committee, has 45 of the 48 letters required for a vote of confidence against Theresa May in his cupboard. No one knows the validity of this rumour, but no matter how many letters he has, I don’t believe that May will be unseated now until after 29th March 2019.

David Davis, the former Brexit Minister, resigned on Sunday after the Chequers meeting: Boris Johnson, the former Foreign Minister, resigned on Monday. Both cited Theresa May’s plan for Brexit as their reason for resigning. The only minister left of the three Brexiters appointed to the Foreign Office by May in 2016, is disgraced former Defence Minister Liam Fox, who is still drawing a salary as minister for International Trade (without actually accomplishing a single trade deal in his entire time in office). For about 24 hours at the beginning of this week, it looked as if Theresa May might be gone within days.
END_OF_DOCUMENT_TOKEN_TO_BE_REPLACED 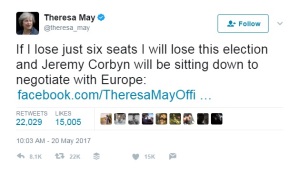 In fairness, Theresa May never said what would happen if she lost 13 seats.

But here we are.

The Conservative Party has 317 seats in the House of Commons: even allowing for the 7 Sinn Féin MPs who never take their seats, the Tories are five seats short of a majority.

Labour, the SNP, the Liberal Democrats, Plaid Cymru, and the Green Party, have between them got 314 seats.
END_OF_DOCUMENT_TOKEN_TO_BE_REPLACED

“I dunno,” said the love of my life, busy with her coursework.

“Having a general election.”

Theresa May today announced (following a cabinet meeting) that she would hold a “snap general election” on 8th June 2017.

If you want to read her claimed reasons for doing so, her full statement is available.
END_OF_DOCUMENT_TOKEN_TO_BE_REPLACED 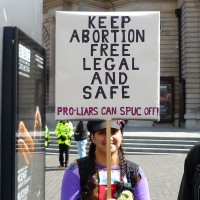 “The number of children that you have is a choice and what we’re saying is that if people are living on benefits, then they make choices but they also have to have responsibility for those choices,” Hunt said on Wednesday’s Newsnight. “It’s not going to be the role of the state to finance those choices.”
END_OF_DOCUMENT_TOKEN_TO_BE_REPLACED