This was first posted on Facebook on 26th September 2019, with support from my Ko-Fi network.

I didn’t get home from work in time to listen to Boris Johnson in the Commons. At the point when I switched on Parliamentlive TV, Boris Johnson had walked out a few minutes earlier: Anna Soubry was making her point of order.

Boris Johnson lied in his speech – he claimed that the EU were open to negotiating an alternative to the Northern Ireland backstop, and so a withdrawal deal could therefore be negotiated. As several Brussel-based journalists are reporting this morning, EU-27 don’t expect anything from the UK that offers a viable alternative to the backstop in keeping the Irish border transparent/preserving the Good Friday Agreement. They haven’t received anything, and they don’t expect to. But lies about Brexit and EU negotiation are normal from Tory ministers.

Boris Johnson also said, explicitly, he thought the Supreme Court were wrong to rule his prorogation of Parliament unlawful.
END_OF_DOCUMENT_TOKEN_TO_BE_REPLACED

This was first posted on Facebook on 10th September 2019, with support from my Ko-Fi network.

I have to leave for work in approximately 10 minutes, and I stayed up til Black Rod arrived.

(Which was at twenty past one.)

John Bercow announced he’d be resigning either on the spot if Boris Johnson won his early-election vote, or on 31st October if he didn’t. This was followed by MPs of all parties, Remainers and Leavers, standing up to praise Bercow, justly, for his work as Speaker.
END_OF_DOCUMENT_TOKEN_TO_BE_REPLACED

Gone means gone, May means May

Last night Graham Brady, chair of the 1922 Committee, counted 48 letters in his cupboard and let Theresa May know she’d have a leadership challenge this week. This morning he let the world know.

The system for Tories who want rid of their leader is primarily in the hands of MPs. If one-sixth of the Conservative backbenchers have written a letter of no-confidence in their leader to the chair of the 1922 Committee, a vote of no-confidence is called: if the leader wins that vote, they can’t be challenged again for another year: if they lose that vote, there is a leadership election in which the current leader cannot stand, voted on by Tory MPs only until only two candidates are left standing: the Tory membership then gets to vote on the last two candidates. 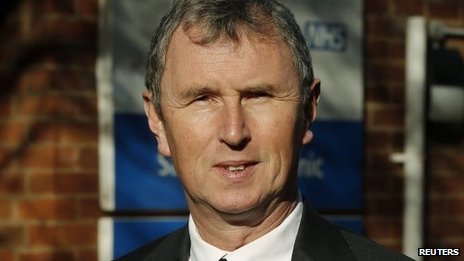 Nigel Evans is a conservative and a Conservative.

He’s been a Conservative politician since 1985, when he was elected a councillor for West Glamorgan (the former administrative county in Wales that is now Swansea, Neath and Port Talbot). In 1992, he won Ribble Valley in Lancashire for the Conservative Party, and held it for them until last year when he lost the Tory Whip and became an independent. He held it through the 1997, 2001, 2005, and 2010 general elections.

From June 2001 to November 2003, Evans was Shadow Secretary of State for Wales: he was appointed a Vice-Chairman of the Conservative Party from November 2004 to December 2005: from June 2010 to 10th September 2013, he was First Deputy Chairman of Ways and Means – that is, the second deputy Speaker of the House.

He is also, as I find from his Wikipedia page, a disbeliever in man-made climate change and was a fan of The Great Global Warming Swindle.

Nigel Evans is on trial for rape, indecent assault twice, and six counts of sexual assault, and it is further alleged by the prosecution that the following named, senior Conservatives knew of his record of sexual assaults at least since 2003. Evans denies all charges.
END_OF_DOCUMENT_TOKEN_TO_BE_REPLACED