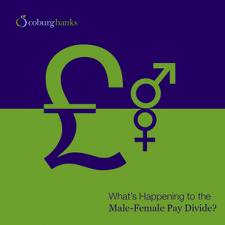 Ever since I started working in IT I’ve been told that I make less than a man with the same skills. I chose to ignore that and focus on doing an awesome job, figuring I’d be paid what I was worth. I chose to believe that employers wouldn’t take me for granted and would reward my skills and abilities. In fact, I once had a boss who coached me to always ask for a pay rise and log my successes to ensure I always kept pace with the men in the company. I thought he was the norm – I thought all bosses wanted everyone to be equal and succeed.

Boy was I ever wrong.

While sexist conditions on work affect the average woman’s pay compared to the average man’s pay – when women take a couple of years off to have children, the work world is arranged so that this affects her promotion and pay prospects: the structure of work and career is fundamentally arranged to suit a man with a wife: a woman with childcare responsibilities may have to take part-time work or look for a job dependent on location and childcare affordability – the overriding factor is just as clear: women get paid less for being female. A women entering full-time work as a graduate will get paid less than a man who has also just graduated.
END_OF_DOCUMENT_TOKEN_TO_BE_REPLACED

The 2012 International Women’s Day Living Statues event, outside City Chambers, was within two minutes walk (or less) of at least five of the 200+ statues of men that Edinburgh City Council has, over the centuries, caused to be set up in our streets. (These five are: Adam Smith, Charles II, David Hume, Alexander the Great, and James Braidwood. But anywhere in the city centre you can find statues of men: but only two of women.)

END_OF_DOCUMENT_TOKEN_TO_BE_REPLACED

For International Women’s Day the BBC have decided to have an all-women panel for BBC Question Time.

(Just kidding. The real panel is the usual Bullingdon Boy plus an Eric, two Wills, with Caroline Flint and Janice Atkinson-Small. But let’s pretend we live in a world where the BBC wants to act like it cares.)

So in that alternate universe, David Dimbleby stepped down for International Women’s Day and was replaced by Christine Burns.

On the panel tonight is Theresa May, Conservative MP for Maidenhead and Home Secretary and Minister for Women & Equality; Caroline Flint, Labour MP for Don Valley and Shadow Secretary of State for Energy and Climate Change; Jo Brand, comedian, national treasure and cake fan; Janice Atkinson-Small, UKIP communications director of Women On and contributor to the Daily Mail; and Frances O’Grady, the TUC Deputy General Secretary.

Not counting the weeks between 15th May and 23rd July 2006, all of the public statues in Edinburgh but two are of women. (Queen Victoria stands at the foot of Leith Walk, and an unnamed South African woman stands in Festival Square.)

There is no statue of Margaret of Wessex, who dis-established the Celtic church of Scotland and established the Roman Catholic church in Scotland, for which Pope Innocent IV made her a saint in 1250. (There is a stained-glass window in her chapel in Edinburgh Castle, but no statue.)

There is no statue of Mary Queen of Scots, despite her being probably the most famous monarch Scotland ever had, and the only one children reliably remember – though oral history via children’s games can get a tad confused.

There is no statue of any of the Maries who have been Queen of Scots – not even Mary of Guise, who was Queen Regent of Scotland from 1554–60 and who in Henry VIII’s war of rough wooing (1543-1549, Henry’s war on Scotland to get possession of the young Queen Mary to marry her to his son Edward – a marriage which if it had taken place would have left Mary widowed and in the power of the English court in 1553) took such a part that The Complaynt of Scotland said “her courage and virtue exceeded those of the ancient heroines Tomyris, Semiramis and Penthesilea.”

There is no statue of Margaret of Denmark, the Queen Consort of Scotland from 1469 to 1486, though the dowry she brought to her marriage was Orkney and Shetland. She is the woman responsible for so much North Sea oil being in Scottish waters. You’d think the SNP or the oil industry – or both – would have set up a statue to her sometime since the 1970s.

There are statues of Hume and Adams in the High Street, and John Knox in St Giles, but none yet to Elsie Inglis END_OF_DOCUMENT_TOKEN_TO_BE_REPLACED