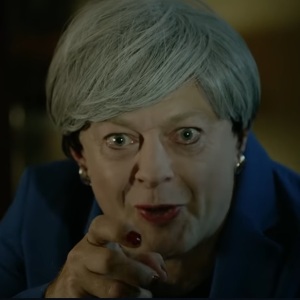 Our three choices before 29th March 2019 are

END_OF_DOCUMENT_TOKEN_TO_BE_REPLACED

As I noted in The Ideology of Workfare, the ultimate goal of the cheap-work conservatives in Westminster is to roll us back to 1834, the year of the workhouse.

But as Cameron says:

Today marks an historic step in the biggest welfare revolution in over 60 years.

What is he talking about is rolling back the welfare state, put in place by the Labour government elected in 1945, founded on the principles outlined by William Beveridge, the British economist who wrote Social Insurance and Allied Services, widely known as the Beveridge Report. Cameron is once again raising the giants of Want, Disease, Ignorance, Squalor, and Idleness – which rightly he describes as a “historic step”.

My government has taken bold action to make work pay, while protecting the vulnerable.

David Cameron’s “bold action” was to institute a system by which high street stores and other commercial organisations can get employees who will work for nothing, END_OF_DOCUMENT_TOKEN_TO_BE_REPLACED

One of the recurring Christmas motifs is A Christmas Carol – the story of how Ebenezer Scrooge goes from a miserable rich man to a happy generous rich man. (We like stories like this.) As George Orwell notes in his famous essay, this is Dickens’ only and recurring solution to the problems of human misery – we should behave decently towards each other.

But I’ve never got on with the Dickensian style of writing, never to use one word where three sentences will convey the same effect, and while Claire Tomalin may say END_OF_DOCUMENT_TOKEN_TO_BE_REPLACED