On 6th March 2015 an unnamed civil servant in the Scotland Office got a phone call from a friend in the French diplomatic service, who told him some bits of things the Scotland Office might find useful: the Scotland Office is the UK government’s Scottish department for matters reserved to Westminster. This was the memo that became Project Smear in the Telegraph on 3rd April, right after the leaders’ debate.

Alistair Carmichael is the Liberal Democrat candidate and former MP for Orkney & Shetland: he is the only Scottish Liberal Democrat reckoned likely to hold his seat on 7th May. He is still Secretary of State for Scotland, as he has been since October 2013, as ministers retain their ministerial powers until a new government is formed. He isn’t an MP – he hasn’t been since Parliament was dissolved on Monday 30th March – but he is still the Scotland Office minister.

The LibDems are about to lose three times over on 7th May: first of all, the most optimistic forecast for the LibDems has them losing over half their MPs: the highest estimate for LibDems post election is a maybe of 36, and most likely, in the region of 27 or so. While the LibDems have been trying to tell us for years that propping up a Tory government was really the best thing for them to do, voters would appear not to agree with them.

Secondly, there’s a solid likelihood that the SNP will have more MPs after 7th May than the LibDems: the lowest estimate for the SNP is 26, and the most likely is about 42 or so. It is likely that the LibDems will lose their position as the third party in the UK – that role will be taken by the SNP. This carries with it the privilege of asking two questions each week at PMQ, and various other roles and responsibilities that the LibDems have had for decades and they will lose, and lose to the SNP.
END_OF_DOCUMENT_TOKEN_TO_BE_REPLACED

Assange: Not in jail

WikiLeaks founder Julian Assange – hiding for two years in the Ecuadorian embassy – is in “a prison cell with internet access” and “yearns to walk in the fresh air,” says a close friend.

Today, Slavoj Žižek, writing in the Guardian, seems to think that Julian Assange is hiding out in the Ecuador embassy because of something to do with Wikileaks and whistleblowing.

In August 2010, Julian Assange had sex with two women in Sweden. He was, so they both report, aggressive and unpleasant, and very unwilling to use a condom. When they talked to each other and realised he had had unprotected sex against their will with both of them, they went to the police to discover if they could force Assange to take an HIV test – and the police, listening to their account, realised that Assange had by their testimony committed sexual assault and rape.

Until Julian Assange stepped into the Ecuadorean Embassy, nearly two years after the legal due process began in Sweden, he had every element of the justice system due him. He was even on house arrest rather than in prison, in the confidence that he could be trusted with the large amount of money his friends would lose if he skipped bail.
END_OF_DOCUMENT_TOKEN_TO_BE_REPLACED 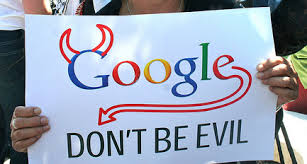 Google is probably one of the most powerful corporations in the world – certainly it has an ability to communicate across the Internet that’s second to none.

Cindy Lee Garcia is not powerful. She’s an American actor, who in the summer of 2011 accepted a small job with a director who said he was making a film called Desert Warrior, “an HD 24P historical Arabian Desert adventure film”. The shooting started in August 2011. The script made no reference to Muhammad or to Islam: the movie should have been about two hours long.

The footage was then edited and overdubbed to create a 14-minute video with an entirely different purpose: to cause offense to Muslims by depicting Muhammed as a stupid, child-molesting thug. It was uploaded on Youtube in 2012, and sparked protests in the Middle East: it was claimed to have been made by Sam Bacile, an Israeli living in the US.

The film that’s thrown the Middle East into turmoil is a 14-minute trailer for the film “Innocence of Muslims” (or the “Life of Muhammed,” or “Muslim Innocence, depending on reports). It depicts Muhammed as pedophile and doofus, and is filled with slapstick insults at Muslims. The movie is almost hilariously amateurish, like a Muslim version of Life of Brian shot by second-year film students. The trailer was posted to Youtube back in July, but was recently translated into Arabic and broadcast on Egyptian TV by a popular Cairo television host, Sheikh Khaled Abdallah, according to the Guardian. Hence the new protests.

The 80 people who’d been involved in what they were told would be the action movie “Desert Warrior” issued a public statement:

The entire cast and crew are extremely upset and feel taken advantage of by the producer. We are 100% not behind this film and were grossly misled about its intent and purpose. We are shocked by the drastic re-writes of the script and lies that were told to all involved. We are deeply saddened by the tragedies that have occurred.

END_OF_DOCUMENT_TOKEN_TO_BE_REPLACED

I wasn’t going to write this blogpost, because it seemed both too close and too far away: in Edinburgh, about four miles from where I live. I know the area but I’ve never lived there.

I know where Mikaeel Kular lived: I used to do childminding not far from there – a family of four girls, ages five to twelve. The older three were, as far as their mother was concerned, old enough to visit with their friends around the neighbourhood without checking in with me providing they were home for tea: the youngest was (I ruled) not old enough to leave the garden unless she came in and got me to take her over to her friend’s garden.

“What could happen to her?” they asked me.
END_OF_DOCUMENT_TOKEN_TO_BE_REPLACED 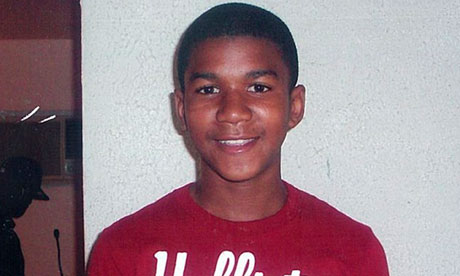 Facts not in dispute: on 26th February 2012, George Zimmerman stalked Trayvon Martin from his car: then, against police advice, Zimmerman left his car to pursue Martin on foot, carrying his gun. Shortly after Zimmerman had left his car, he shot Martin to death, with the gun he had brought with him. Martin, aged 17 when he was killed, was not armed.

On record: George Zimmerman told the police dispatcher that night “Fucking punks. These assholes. They always get away.”

The only living witness to all of what followed is George Zimmerman himself, who alleges that Trayvon Martin attacked him and he shot the young man in “self-defense”. Martin’s friend Rachel Jeantel, who was talking on the phone with him as he tried to evade Zimmerman, says that Martin told her a “creepy-ass cracker” was following him and she told him to run.
END_OF_DOCUMENT_TOKEN_TO_BE_REPLACED

Although I am an atheist, I’ve never ticked the humanist box. I am an atheist because there is no god: humanists seem to want to reify that into a belief.

I don’t have a problem with that. I don’t understand people who do. What matters is not what you believe in, but how you behave towards yourself, other people, and the world in consequence of your beliefs.

Humanist weddings, on the other hand, I completely see the point of. Wanting ceremony and ritual to mark the important moments in your life is a natural human process. Civil registrars provide a ceremony if you want it, of course – within very specific bounds set by the fact that a civil registrar is a civil servant, paid to provide the legal process of marriage, and the small fee paid for a registry office marriage is not intended to allow for any very elaborate ceremony.

If you’re not religious, and many people aren’t (“no religion” was one of the largest categories in Scotland in the 2001 census, so large that the Churches lobbied to have that question removed from the 2011 census) then it’s useful to be able to have a ceremony to mark your marriage that isn’t restricted to a civil registrar’s obligations and that isn’t tied to a God of some description.
END_OF_DOCUMENT_TOKEN_TO_BE_REPLACED

Towards a Scottish Constitution

Alastair Darling’s best argument against “Yes Scotland” was that voting for an independent Scotland is an irreversible leap into the unknown.

The best argument (in my view) for an independent Scotland is that we could stand as an example to the rest of the UK: rid ourselves of nuclear weapons (and quite possibly, just by logistics, require the rest of the UK to go nukes-free too), maintain the universal welfare state, defend the NHS, uphold the principle of free education for all: and take away entirely the right-wing English argument that the Scots have nicer things than the English because of the Barnett formula, rather than because we keep electing left-wing governments.

The CSA saved by the House of Lords

Every government since 1993, when the Child Support Agency was founded, seems to think they can reform the CSA, and the coalition government is no exception.

How, exactly, is this going to help?

When the Child Support Agency was launched in 1993, it rapidly became the object of “more concentrated hatred than any other modern UK institution except the poll tax”. Partly that was because the formula established for the CSA by Act of Parliament for the first time set mandatory levels of child support payment equivalent to what a single mother got when she signed on the dole. Before the CSA, it had been the job of the judge in the divorce court to determine how much maintenance a divorced father should pay his children, and the judges – either out of ignorance for what children cost to bring up, or misplaced compassion for the poor man being divorced – generally set that rate far too low: maintenance of £10 or £20 a month per child. And low as it was, there was no mechanism for a mother to collect it except by taking her ex-husband to court.
END_OF_DOCUMENT_TOKEN_TO_BE_REPLACED

Would I vote for independence?

“I’ve said for years whenever anyone asked, that while I’d want to be a Scot if Scotland got independence, I’d vote for what we now have: devolution within the UK. I have always thought this fits our peculiar situation as a country – we have not been fully independent as a nation since 1603, and separating Scotland from the rest of the UK into a separate nation would be as bad as moving house when you’ve been married for 408 years: there’s so much community property that would have to be divided, and with one thing and another it doesn’t seem likely to be a friendly, unrancorous divorce. ” Read the rest at the ScottishVisions website.

Tagged as me elsewhere, Scottish independence