There are four ways the UK can go from here with regard to Brexit, and all of them are bad.

First: hard Brexit, or no deal.

On 29th March 2019, the UK leaves the EU. If no deal has been agreed to, on 30th March 2019 the UK becomes a “third country”, in EU parlance – outside the EU, not part of the customs union, no access to EU agencies or EU funding, a hard land border between the Republic of Ireland and Northern Ireland – and between Spain and Gibraltar.

The inevitable and foreseeable consequences of this aren’t pretty. While Brexiteers have tried to argue with me that the countries of EU-27 won’t “let” this happen because hard Brexit will damage them too, they ignore two key points:
END_OF_DOCUMENT_TOKEN_TO_BE_REPLACED

Who is Denis O’Brien?

This time last week, I didn’t know anything about Denis O’Brien.

Here’s what I learned in the past seven days.

He also has a controlling interest in the Independent News & Media group, which, in Ireland, comprises the Irish Independent, the Irish Daily Star, the Sunday Independent, the Sunday World, the Evening Herald in Dublin and several regional newspapers: and, in Northern Ireland, the Belfast Telegraph Group. He also owns telecoms provider Digicel, which is based in Jamaica, incorporated in Bermuda, has about 13 million wireless users, and operates across the Caribbean, Central America and Oceania. A listing of companies owned by Denis O’Brien can be found at OpenCorporates.
END_OF_DOCUMENT_TOKEN_TO_BE_REPLACED

Filed under Corruption, In The Media

Shetland and Orkney and Alistair Carmichael

Alistair Carmichael has been the LibDem MP for the Orkney and Shetland constituency since 2001. It’s been a distinguished constituency for the Liberal Party for over sixty years.

BBC News – Nick Clegg: The choice is me, Salmond or Farage http://t.co/VtW4mnpfY2

In 1950, Jo Grimond won the Orkney and Shetland constituency for the Liberal Party (defeating Sir Basil Neven-Spence, whose family had owned land in Shetland for generations and who had been the Unionist MP for twenty years). Grimond was one of nine Liberal MPs elected in 1950, and he was to hold his seat for thirty-three years: he stepped down in 1983. Jim Wallace succeeded him, and Alistair Carmichael succeeded Wallace in 2001. Jim Wallace went on to become the LibDem MSP for Orkney until 2007, when he was succeeded by Liam McArthur: Shetland has had one MSP since 1999, Tavish Scott. Jim Wallace and Tavish Scott were each at one time leaders of the Scottish Liberal Democrat Party, and Jo Grimond was twice leader of the Liberal Party. Alistair Carmichael is deputy leader of the Scottish Liberal Democrats and was Secretary of State for Scotland from 7th October 2013 to 8th May 2015.

“A LibDem, a Labour, and a Tory MP walk into a bar. Oh, says the bartender, this must be Scotland.”

The last time the Orkney and Shetland elected a parliamentary representative who wasn’t a Liberal / LibDem was in 1945 (Sir Basil Hamilton Hebden Neven-Spence, as one would expect, was standing for the Unionist Party). Orkney and Shetland local councillors are invariably independents.

The LibDems have had worse elections than in 2015, though not for some time. In 1951, Jo Grimond was one of only six Liberal MPs in the Commons: but from 1956 onwards there were nine, from 1966 twelve – and apart from a 10-month dip in 1974, they were never again in single figures until 7th May, 2015: when Alistair Carmichael beat the SNP surge by 817 votes.

He said it was a tremendous privilege to retain the seat and thanked the voters of Orkney and Shetland.

Shetland MSP Tavish Scott said he was relieved and delighted that Mr Carmichael had retained his seat and held off “the Tsunami” of SNP support that had been shown on Mainland Scotland.

END_OF_DOCUMENT_TOKEN_TO_BE_REPLACED 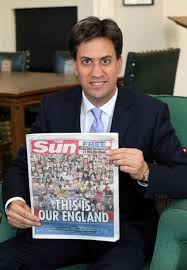 What was Miliband thinking?
END_OF_DOCUMENT_TOKEN_TO_BE_REPLACED

Grant Shapps accuses Wikipedia of being gamed by the Labour party

As Johann Hari found out to his cost, you can game Wikipedia for a long time, but in the end, if you violate their editorial process, they are remorselessly thorough in tracking you down.

Wikipedia allows almost anyone to edit pages about almost anything. But, to avoid conflicts of interest, you may not amend your own information, with the exception of very basic biographical detail (for example, if Wikipedia has your date of birth wrong). 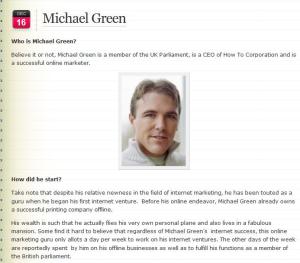 references were deleted about his role in a 2007 byelection in west London where he impersonated Liberal Democrats online in an attempt to discredit his rivals – but forgot that he had logged on as himself.

The campaign was notable as Shapps was then a vice-chair of the Tory party responsible for campaigning. The Tory candidate came third when many felt he was favourite to win. However, the episode was airbrushed away on the online encyclopaedia.

In another series of changes after the 2010 election, Shapps’s entry removed references to the company HowToCorp, which the Guardian has exposed for breaching Google’s code of conduct, and to his online pseudonym Michael Green – with a comment posted that this mention of his “alter ego” was linked to a diary item that was an “unreliable source”.

Gone too were links to sites which revealed the Welwyn Hatfield MP paid back £3.79 during the expenses scandal, replaced by glowing references to a Daily Telegraph piece describing him as an “expenses saint”.

The revelations come after it emerged that Shapps had changed his entry in the online encyclopedia to correct the number of O-levels he obtained. He had also inserted testimony to his “influential” work on homelessness.

END_OF_DOCUMENT_TOKEN_TO_BE_REPLACED

It’s possible, of course, that Cameron refused because he knows he isn’t a feminist. Not only is he known for telling the Shadow Chief Secretary of the Treasury in the House of Commons to “calm down, dear” (six times), his government has since 2010 imposed austerity cuts that place a disproportionate burden on women.
END_OF_DOCUMENT_TOKEN_TO_BE_REPLACED

Who are, or were, the UKIP Women’s Board? They were a Facebook group that existed briefly and seems to have deleted itself.

Here’s what they did.

There’s a Facebook group called Women Against UKIP. They joined earlier in 2014, and they now have upwards of 5000 Likes.

At the end of May, Women Against UKIP had upwards of 3000 Likes, as I recall.

As you can see from the screenshot at the top right, taken on 4th June, in four days UKIP Womens Board had 3153 Likes. Quick work in four days! A lot of women must support UKIP!

Filed under Corruption, Other stuff on the Internet I like, Politics 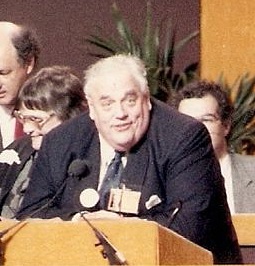 In 1962, when Cambridge House in Rochdale was opened to give young men a clean safe place to stay, Cyril Smith was 34, already an important man in the local community, and he seems to have regarded it as his private pleasure centre. The hostel ran from 1962 to 1965, Cyril Smith had keys and could come and go at any time, and was responsible for bringing in several boys to live there who’d been in difficult home situations, often then to work for the local authority, so that Smith would have control both over their jobs and over their home. END_OF_DOCUMENT_TOKEN_TO_BE_REPLACED

The Edinburgh Trams Project was meant to deliver three new public transport routes across the city. Instead, after a massive overspend (total cost said to be £776 Million) and years overrun, Edinburgh Council only managed to build one line that didn’t even go as far as planned: Edinburgh Airport to York Place, a route which is already very well served by multiple LRT buses and which runs in parallel to the railway line from Waverley through Haymarket almost all the way.

END_OF_DOCUMENT_TOKEN_TO_BE_REPLACED

On Monday 11th July 2011, the day after the News of the World published its final issue, Tony Blair spoke to Rebekah Brooks in what Brooks says was an hour-long phone call, and Brooks summarised the phonecall in an email to James Murdoch:

“1. Form an independent unit that has an outside junior counsel, Ken Macdonald, a great and good type, a serious forensic criminal barrister, internal counsel, proper fact checkers etc in it. Get them to investigate me and others and publish a Hutton style report,”

“2. Publish part one of the report at same time as the police closes its inquiry and clear you and accept short comings and new solutions and process and part two when any trials are over.
END_OF_DOCUMENT_TOKEN_TO_BE_REPLACED