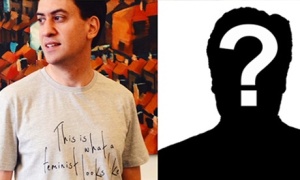 It’s possible, of course, that Cameron refused because he knows he isn’t a feminist. Not only is he known for telling the Shadow Chief Secretary of the Treasury in the House of Commons to “calm down, dear” (six times), his government has since 2010 imposed austerity cuts that place a disproportionate burden on women.

In 2012, the independent Women’s Budget Group reported that women, “particularly single parents and single pensioners”, had suffered far more than men from cuts to benefits and public services.

“What struck us is how single women in all groups do so badly,” said Professor Diane Elson of the WBG, a social scientist at the University of Essex. Unemployment rates in the UK have fallen for men and risen for women over the past three years. Out of every 100 jobs created in the private sector, 63 are going to men and 37 to women. Public sector cuts have reduced job opportunities for women and are making it harder to combine earning a living and taking care of families, and also making it more likely that the gender pay gap will widen, she said. “Our big concern is that, even when there is an economic recovery, women are going to be so far behind they will not be able to catch up.”

Services targeted directly at women – helping rehome the victims of domestic violence, for example – are also being cut. The plea for a national strategy to tackle FGM went unheard by the Tory/LibDem government of 2010.

So, sure, David Cameron is no feminist. But then neither is Nick Clegg, and Nick Clegg cheerfully wore the t-shirt.

Then another story about the t-shirt broke, in the Mail on Sunday. This story was about the factory workers – mostly women – who had made these t-shirts by sweatshop labour. Sweatshop labour is not something that the Mail can pretend to care very much about, it’s not pro-union or pro-living wage – but a grand opportunity to attack Ed Miliband and Harriet Harman for wearing a t-shirt made by sweatshop labour.

Clothing made by sweatshop labour is quite hard to avoid. No credit to Whistles, the company who had the t-shirts made, but if you don’t research the antecedents of your own clothing (and I would guess that most people don’t) there’s no moral high ground to point fingers at Clegg or Miliband or Harman for not doing so.

So, why didn’t David Cameron wear the t-shirt?

Because the Daily Mail had tipped him off?

The plan to redesign and relaunch the Fawcett Society “This is what a feminist looks like” t-shirts began in 2013. In outlining why they hadn’t realised the t-shirts were being made by sweatshop labour (they’d asked Whistles, the company that produced them, to confirm that the factory in Mauritius was not a sweatshop) the Fawcett Society said:

“We have been very disappointed to hear the allegations that conditions in the Mauritius factory may not adhere to the ethical standards that we, as the Fawcett Society, would require of any product that bears our name. At this stage, we require evidence to back up the claims being made by a journalist at the Mail on Sunday. However, as a charity that campaigns on issues of women’s economic equality, we take these allegations extremely seriously and will do our utmost to investigate them.”

When did the Mail decide to investigate the Fawcett t-shirts? Why did David Cameron refuse five times to be part of what must have looked at the time to be a harmless photoshoot?

3 responses to “Did the Mail tip off Cameron?”