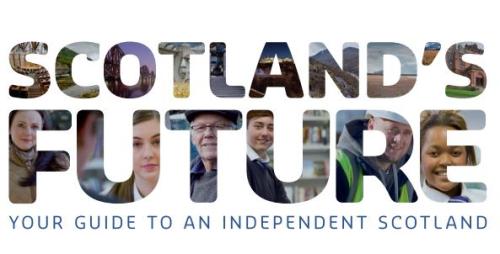 Like most bloggers, I started because I felt I had something to say that wasn’t being said in the mainstream media.

George Monbiot is a Guardian columnist: I respect and admire his writing in general.

But with regard to Scottish independence? I wish he’d shut up.

There’s nothing personal about this. I wish all of the politicians, columnists, and other People Paid To Have An Opinion would get their know-nothing nebs out of our referendum.

Should Scotland be an independent country?

We have been asking ourselves that question not for years but for decades. No one who’s lived in Scotland for long could not know that it’s a question. Nor, for all the present doomsaying of the Yes campaign, is it a question that’ll go away when No gets the majority tomorrow. 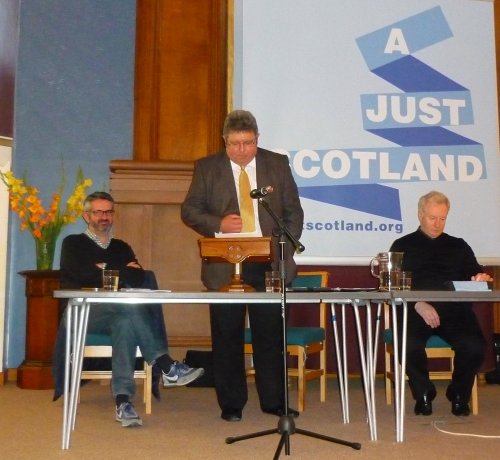 For the past two years, we’ve been discussing this. I’ve overheard debates even in Edinburgh Leisure’s saunas, where usually nothing more controversial than rugby gets talked about. Both the Yes Scotland campaign and the Better Together campaign have been run badly and produced some awful material. (“Vote Yes – Win An iPad” is one that’s stuck in my mind.) Both sides have – with ample justification – accused the other of scaremongering. 97% of Scots eligible to vote tomorrow are registered. There is talk of an unprecedented turnout – over 80%. This is what political engagement looks like, and it’s my strong hope that whether Yes or No gets the majority, this continues.

George Monbiot writes in the Guardian:

The Scots who will vote yes have been almost without representation in the media.

His examples of the “representation in the media” that us Scots who will vote No have, in his view, benefited from include the Telegraph’s comparison of Alex Salmond to Robert Mugabe, Dominic Lawson’s double-edged knifing of Labour and the SNP in the Daily Mail (“Labour’s war on British identity has left Salmond with an open goal”).
Monbiot also offers (as an example of No-voting Scots having representation in the media, remember) Simon Heffer’s Spectator tirade against trade unions, the welfare state, Labour, and modern Scotland:

Two modern English inventions of which the Scots became unduly fond were trade unionism and welfarism. A lethal cocktail of the two undermined Scottish industry and morale between the 1960s and the 1990s. Long before Mrs Thatcher entered Downing Street in 1979 industrial Scotland was a proverbial hotbed of militancy — Glasgow’s former shipbuilding district was not called Red Clydeside for nothing — and urban Scotland, hitherto distinguished by an enviable work ethic and sense of aspiration, was becoming addicted to welfare. In a philosophical shift unthinkable to their grandparents, Scots embraced the something for nothing society. On the rare occasions things went well they congratulated themselves; when things went badly they blamed the English.

Simon Heffer, Dominic Lawson, and George Monbiot have this in common: they are all English male journalists, who would no more normally write about Scotland and Scottish issues than they would write about “women’s issues”. Heffer and Lawson are against Scottish independence, Monbiot is for it, but none of them have given the question the in-depth consideration that so many Scottish bloggers – who won’t appear in the Telegraph, the Spectator, or the Guardian – have given it. Monbiot has noted that virtually none of the mainstream newspapers in Scotland support Yes: he missed that the vast majority of Scottish papers local and national are owned by Johnston Press. (He also didn’t notice the Daily Record’s Sunday Mail declaring that if Better Together wins tomorrow they would have “won ugly”.)

Monbiot also cites Melanie Reid, a Scottish journalist who writes for The Times, whose column yesterday appears to be (it’s paywalled) a reminder that while we obsess over the referendum, there are people in the world who have much more to worry about right now. True. (I caught a few minutes of news about Syria and Iraq yesterday evening. All I can think about right now is tomorrow.) Reid writes of “desperate refugees storming the ferries in Calais and clinging to the axles of HGVs”: Monbiot quotes her writing “What spoilt, selfish, childlike fools those Scots are” but omits to complete Reid’s full sentence “…the homeless refugee might think, had he energy to notice.”

I went from undecided to No by reading the SNP’s material on what they planned for independent Scotland. Arguments from Yes campaigners that what the Scottish government intended to do during the 18-month process of separating iScotland’s administration from that of the UK’s was not worth even considering as a reason for my vote, struck me as unreasonable. As Ewan Morrison wrote on switching from Yes to No:

I learned then that if you keep a promise of a better society utterly ambiguous it takes on power in the imagination of the listener. Everything can be better “after the revolution”. It’s a brilliant recruitment tool because everyone with all their conflicting desires can imagine precisely what they want. The key is to keep it very simple – offer a one word promise. In the case of the Trotskyists it’s ‘Revolution,’ in the case of the independence campaign it’s the word ‘Yes’. Yes can mean five million things. It’s your own personal independence. Believing in Yes is believing in yourself and your ability to determine your own future.

I have been involved in political campaigning for many years. I have learned that if you want to achieve a goal, you need to be clear what it is. We live in an independent country right now, the UK: we live right now in one of the wealthiest countries in the world. We live in a hugely unequal society. You want me to be convinced that independence for Scotland will change this?

Publish your programme. Tell me what you’re going to do and how that’s going to work. Do what we did as a nation 1989-1995: work out a grassroots-led programme of what independence will look like and how we get there from here.

Publishing a booklet of vagueities and nonsense like the White Paper isn’t helpful: struggling through that I missed such details buried as the Scottish government doesn’t intend to establish its own vehicle licencing agency until sometime in the 2020s, as it’s assumed the rUK government will have no objection to Scottish drivers using theirs. (An Anglo-German blogger found that one, and came up with some more.)

Online, I’m surrounded by people who are cheerfully convinced that Yes will win (that all of the new voters registered so as to vote Yes: that the undecideds – still a large fraction of the vote – will break for Yes) and who are partying already. In the mainstream UK press, George Monbiot is right – Scots who vote Yes aren’t represented, and neither for the most part are Scots who vote No, and certainly not – I should know, being still emotionally one of them – the Scots who are undecided about independence.

Should Scotland be an independent country?

I don’t know! But I do know that the messy wish-list and White Paper unplanning proposed isn’t the way to go about it, so I’m voting No tomorrow.

If Yes gets the majority, which seems unlikely even to the betting shops, well: then we’ll need to work out a better plan and try to stop the Scottish government from implementing theirs.

Either way: it’s ours.