WWI: May this warning not be in vain

In the course of an interview which he had asked for with the Austro-Hungarian Chargé d’Affaires, M. Sazonof pointed out in a friendly way the disquieting irritation which the attacks of the Austrian press against Servia are in danger of producing in his country.

Count Czernin having given him to understand that the Austro-Hungarian Government would perhaps be compelled to search for the instigators of the crime of Serajevo on Servian territory M. Sazonof interrupted him: ” No country,” he said, ” has had to suffer more than Russia from crimes prepared on foreign territory. Have we ever claimed to employ in any country whatsoever the procedure with which your papers threaten Servia? Do not embark on such a course.”

May this warning not be in vain. 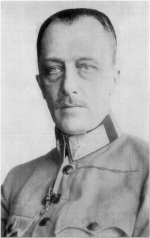 In 1919, Otto von Czernin published his memoirs of that time, In The World War, in which he wrote:

I was in Constantinople shortly before the outbreak of war, and while there had a lengthy discussion of the political situation with the Markgraf Pallavicini, our most efficient and far-seeing ambassador there. He looked upon the situation as being extremely grave. Aided by his experience of a decade of political observations, he was able to put his finger on the pulse of Europe, and his diagnosis was as follows: that if a rapid change in the entire course of events did not intervene, we were making straight for war. He explained to me that he considered the only possibility of evading a war with Russia lay in our definitely renouncing all claims to influence in the Balkans and leaving the field to Russia. Pallavicini was quite clear in his own mind that such a course would mean our resigning the status of a Great Power; but apparently to him even so bitter a proceeding as that was preferable to the war which he saw was impending. Shortly afterwards I repeated this conversation to the Archduke and heir, Franz Ferdinand, and saw that he was deeply impressed by the pessimistic views of Pallavicini, of whom, like everyone else, he had a very high opinion. The Archduke promised to discuss the question as soon as possible with the Emperor. I never saw him again. That was the last conversation I had with him, and I do not know whether he ever carried out his intention of discussing the matter with the monarch.

In England, the business of the House of Commons on Monday 6th July 2014 began with a formal response from King George V.

The Treasurer of the Household (Captain F. E. Guest) reported His Majesty’s Answer to the Address of the 30th day of this instant June as followeth:

Thank you for your loyal and dutiful Address.

I unite with you in the expression of indignation and deep concern at the tidings of the assassination of His Imperial and Royal Highness the Archduke Francis Ferdinand and of his Consort, and I will not fail to convey to His Imperial and Royal Majesty the Emperor of Austria and King of Hungary your sentiment of abhorrence at the perpetration of such a crime and your profound sympathy with the Imperial and Royal Family and with the Governments and peoples of the Dual Monarchy.

In Austria, M. Yov. M. Yovanovitch, the Serbian Minister at Vienna, telegraphed to Nikola Pašić, the Serbian Prime Minister and and Minister for Foreign Affairs:

The excitement in military and Government circles against Serbia is steadily growing owing to the tone of our press, which is diligently exploited by the Austro-Hungarian Legation at Belgrade.

Yovanovitch also wrote the Serbian Prime Minister a letter clarifying what he meant:

The principal lines and tendencies to be found in the articles of the Vienna press on the subject of the Serajevo outrage are as follows:–

As long ago as Sunday afternoon, [28th June] last, when the Vienna newspapers issued extra editions regarding the outrage upon the Crown Prince, the headlines announced that both the perpetrators were Serbians; moreover, this was done in such a manner as to leave the impression that they were Serbs from Serbia proper. In the later reports, which described the outrage, there was a marked tendency to connect it with Serbia. Two circumstances were especially emphasised and were intended to indicate Belgrade as the place of origin of the outrage, viz.: (1) the visit to Belgrade of both of the perpetrators; and (2) the origin of the bombs. As the third and last link in this chain of evidence, the Vienna papers began to publish the evidence given by the assassins at the trial. It was characteristic to find that the Hungarian Korrespondenzbureau, and the Hungarian newspapers, especially the Az Eszt were alone in a position to know all about this “evidence ” This evidence mainly tends to show: (1) that it has been established that the perpetrators, while in Belgrade, associated with the comitadji [revolutionist] Mihaylo Ciganovitch; and (2) that the organiser and instigator of the outrage was Major Pribitchevitch.

Another tendency became apparent at the same time, viz.: to hold the “Narodna Odbrana” responsible for this outrage. Further, on Friday last, the latest announcement which the Hungarian Korrespondenzbureau made to the newspapers stated:–

“The enquiries made up to the present prove conclusively that this outrage is the work of a conspiracy. Besides the two perpetrators, a large number of persons have been arrested, mostly young men, who are also, like the perpetrators, proved to have been employed by the Belgrade Narodna Odbrana in order to commit the outrage, and who were supplied in Belgrade with bombs and revolvers.”

On the same day, late at night, the Hungarian Korrespondenzbureau sent the following request to the newspapers:–

“We beg the Editor not to publish the report relating to the Serajevo outrage, which appeared in our evening’s bulletin.”

At the same time the Vienna Korrespondenzbureau published the following official statement:–

“We learn from authoritative quarters that the enquiries relating to the outrage are being kept absolutely secret. All the details, therefore, which have appeared in the public press should be accepted with reserve.”

Nevertheless, the Budapest newspapers continued to publish alleged reports on the enquiry. In the last “report” of the Budapest newspaper A Nap, which was reprinted in yesterday’s Vienna papers, the tendency to lay the responsibility for the outrage on the Narodna Odbrana is still further emphasised. According to this report the accused Gabrinovitch [Nedeljko Čabrinović] had stated that General Yankovitch is the chief instigator of the outrage.

Major Milan Pribitchevitch was a former officer in the Austrian army and was incriminated by the confession of Gavrilo Princip. Major Pribitchevitch was reported to have been killed by mutinying Serbian soldiers on 17th November 1915.

Gavrilo Princip was said to have held membership in the Narodna Odbrana (Народна одбрана: “National Defense” or “The People’s Defence”) which was a secret society founded in Serbia in 1908. From a pamphlet produced in 1911 in Belgrade:

In using the word ‘people’ the Narodna Odbrana means our whole people, not only those in Serbia. It is hoped that the work done by it in Serbia will spur the brothers outside Serbia to take a more energetic share in the work of private initiative, so that the new present-day movement for the creation of a powerful Serbian Narodna Odbrana will go forward in unison in all Serbian territories.

The Narodna Odbrana proclaims to the people that Austria is our first and greatest enemy. Just as once the Turks attacked us from the south, so Austria attacks us today from the north. If the Narodna Odbrana preaches the necessity of fighting Austria, she preaches a sacred truth of our national position.

For the sake of bread and room, for the sake of the fundamental essentials of culture and trade, the freeing of the conquered Serbian territories and their union with Serbia is necessary to gentlemen, tradesmen, and peasants alike.

While the Narodna Odbrana works in conformity with the times according to the altered conditions, it also maintains all the connections made at the time of the annexation today therefore it is the same as it was at the time of the annexation. Today, too, it is Odbrana (defence); today, too, Narodna (of the people); today, too, it gathers under its standard the citizens of Serbia as it gathered them at the time of the annexation. Then the cry was for war, now the cry is for work. Then meetings, demonstrations, voluntary clubs ( Komitees), weapons, and bombs were asked for; today steady, fanatical, tireless work and again work is required to fulfil the tasks and duties to which we have drawn attention by way of present preparation for the fight with gun and cannon which will come.

Confidential. For Your Excellency’s personal information and guidance

I replied to Count Szögyény today on behalf of His Majesty that His Majesty sends his thanks to the Emperor Francis Joseph for his letter and would soon answer it personally. In the meantime His Majesty desires to say that he is not blind to the danger which threatens Austria-Hungary and thus the Triple Alliance as a result of the Russian and Serbian Pan-Slavic agitation. Even though His Majesty is known to feel no unqualified confidence in Bulgaria and her ruler, and naturally inclines more to ward our old ally Rumania and her Hohenzollern prince, yet he quite understands that the Emperor Francis Joseph, in view of the attitude of Rumania and of the danger of a new Balkan alliance aimed directly at the Danube Monarchy, is anxious to bring about an understanding between Bulgaria and the Triple alliance […]. His Majesty will, further more, make an effort at Bucharest, according to the wishes of the Emperor Francis Joseph, to influence King Carol to the fulfilment of the duties of his alliance, to the renunciation of Serbia, and to the suppression of the Rumanian agitations directed against Austria-Hungary.

Finally, as far as concerns Serbia, His Majesty, of course, cannot interfere in the dispute now going on between Austria-Hungary and that country, as it is a matter not within his competence. The Emperor Francis Joseph may, however, rest assured that His Majesty will faithfully stand by Austria-Hungary, as is required by the obligations of his alliance and of his ancient friendship.

The blank cheque had been signed.

Filed under World War I