Does the SNP really want independence?

@EyeEdinburgh there is only one fact !! Yes means decisions are made at Holyrood rather than Westminster. Everything else is opinion

Back a couple of years ago, one of the ideas being proposed about the referendum was that it should include a third option – devo-max or devo-plus. In July 2012 I noted the multiple reasons why – though undecided on the Yes/No question – I was against these options, and moved on: there seemed no reason to dwell on what was not going to be voted on.

Tom Gordon outlined the difference between the two, and who was supporting them, in the Herald:

Devo-plus was supported by LibDem Tavish Scott, Conservative MSP Alex Fergusson and Labour’s Duncan McNeil plus Reform Scotland, a think-tank based in Edinburgh that is, it says, independent of its parent think-tank Reform based in London:

devo plus could be a credible alternative to independence, if that option was rejected in the referendum.

Devo-max was floated as “full fiscal autonomy” and was supported primarily by the SNP:

Devo Max is intended to make Scotland more accountable for its spending. At present, Holyrood is responsible for 60% of all public spending in Scotland but has a say in setting and raising just 6% of it, through business rates and council tax.

Under Devo Max, Edinburgh would be responsible for raising, collecting, and administering the vast majority of taxes and benefits, and would receive a geographic share of North Sea oil revenue. EU rules mean VAT would stay the same across the UK, and financial regulation, employment, and competition law would also remain reserved.”

Lesley Riddoch suggested in the Guardian in October 2012 that the only reason Devo-max wouldn’t be on the ballot paper in referendum was that it would win hands-down.

But the obvious problem for people keen on devo-max and devo-plus was that both were dependent on the UK Parliament legislating to transfer Scotland’s “geographic share” of the oil revenues to Holyrood’s control. Whereas if Scotland became independent, Scotland would have the oil in its territorial waters as of right. And obviously, devolved Scotland doesn’t have the right to get rid of the nuclear weapons at Faslane, whereas independent Scotland does – but rUK would have to pay for it.

@EyeEdinburgh @Just_Charlene White Paper – not sharing FCO save £90m to £110m per year. MoD save Scots £1bn per year

Still, consistently, for three years, voters have backed “more powers for Holyrood” over either independence or the status-quo devolution:

In October 2011 the pollsters first offered a “third” option, “transfer more powers from Westminster to the Scottish parliament, including tax and welfare but excluding defence and foreign affairs” alongside “full independence for Scotland” and “keep the current arrangement of a Scottish parliament with its existing powers”. Those options were backed by 33% (more powers), 28% (independence) and 29% (status quo) respectively. In February those options polled 30%, 26% and 32% and in July 37%, 23% and 29%. In short “more powers” has generally been the most popular choice all year.

The most recent results of the Scottish Social Attitudes Survey say:

32% of Scots say that their first preference is for the Scottish Parliament to be responsible for everything apart from defence and foreign affairs, a position often dubbed ‘devo max’. 31% say their top preference is for the Scottish Parliament to make the key decisions for Scotland about everything, including defence and foreign affairs, i.e. independence. Meanwhile ScotCen’s research also shows 25% back the status quo with taxation and welfare benefits still mostly be decided by Westminster, while 8% do not want any devolution at all.

In February 2013, the Fiscal Commission Working Group produced its first report. This report proposed that “day-to-day monetary policy discharged independently by the Bank of England”, which would be, in this plan, Scotland’s central bank and lender of last resort. Holyrood would be “responsible for financial regulation”. (The Bank of England is independent of control by Westminster by the Bank of England Act 1998.) UKFI, which owns the majority of Scotland’s clearing banks (Bank of Scotland, Royal Bank of Scotland, TSB) has one shareholder, the Chancellor of the Exchequer, and via him, Westminster Parliament.

In essence, what appears to be being proposed for Scotland by [this report] is that the Scottish government shall have all of the fundraising powers of a national government – while still being part of the UK. If Scottish devolved finances failed, the UK government would still have to bail Scotland out.

Almost all of the possible and delightful options for an independent Scotland rest on the presumption that Scotland is a country with a stable and healthy economy, under the control of the Scottish Parliament. The version of independence being proposed here by the SNP is not that option. In effect – it seems to me – the SNP were attempting to get the devo-max option onto the ballot paper for September, by surreptitiously removing the independence option – not, in fairness, because they didn’t want independence, but because they thought it more likely they could win a referendum with devo-max.

Alex Salmond is reported to have said in a speech in June 2012:

“There’s a view abroad in Scotland that perhaps it would be better from where we are now … that rather than become an independent country, at least in the first stage, that the fiscal base should increase to something near 100 per cent. And it’s a very attractive argument,” he told the audience.
“It has a major problem, and that is that the UK Government, while they respect the right and ability of Scots to decide on independence, are not prepared to accept the right of the Scottish people to decide on devo max.”

Note that this is not a question of rUK hanging on to Scotland’s share of national assets. An independent Scotland would take it with it a share of the national debt proportional to the population, and its negotiated share of the sterling in the Bank of England, to provide the basis of a National Bank of Scotland. But in the “currency union” envisaged by the FCWG which just happens to correspond neatly with the SNP’s preferred second option on the ballot paper, this couldn’t happen: Scotland can’t both lay claim to the Bank of England as lender-of-last-resort and get to claim its share of the Bank of England’s sterling deposits.

Nor could a Scotland in that situation join the EU. I’ve said before that EU is a red herring, and so it is for an independent Scotland: but a Scotland that is still bound to control from London, that has no clearing banks nor control over its lender-of-last-resort, is a country that cannot fulfil multiple chapters of the EU Enlargement Conditions. The best it could say, in a full currency union with the powers hopefully envisaged for the Scottish board members and shareholders at UKFI and the Bank of England, is that the majority partner in the relationship – rUK – had agreed to (most of) those Enlargement Conditions. As Scotland would have no power by itself to amend any that turned on controlling its own economy, Scotland could not commit to meeting Chapters 4, 9, 17, 32 and 33.

Membership of the EU requires a country to be working towards monetary union: joining the euro and transferring its national central bank to the European Central Bank. There is, however, no particular time limit set on how long this may take: Scotland with its own currency and central bank would enter the EU with the same level of commitment as Denmark or the UK.

The FCWG report is a hopeful document. If all goes well – if the rUK government, the Bank of England, the Chancellor of the Exchequer, and the board of UKFI, are all in favour of the idea of a currency union, then maybe it could work out OK and some kind of agreement could be patched up with the EU over the chapters of enlargement that rUK would have to guarantee on Scotland’s behalf.

Labour, the LibDems, and the Conservatives – the three parties of rUK government – have all said they won’t support a currency union. George Osborne, the current Chancellor, has also said he won’t, and as he’s the shareholder of UKFI, the board answer to him. The Bank of England’s reaction was a highly qualified maybe – if and only if the conditions satisfied the BoE and the agreement was made permanent. This kind of federalised arrangement can’t be imposed from Scotland against the will of the other partners: so Devo Max is not on. 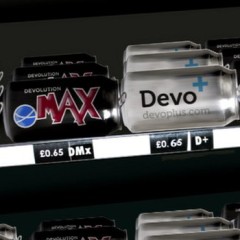 A long discussion with a Yes voter on Tuesday afternoon, Just_Charlene, and the YesFalkirk Twitter account, clarified this for me, because both were arguing quite passionately that Scotland shouldn’t be financially independent – were arguing for the SNP plan of using sterling, without a central clearing bank if necessary, because that would be less scary a change for voters. I asked permission to cite, and JustCharlene initially gave it and then evidently thought better of it and deleted all her tweets for the whole afternoon.

Update: She kindly repeated her assertion that in her view Scottish voters aren’t willing to make the “scary choice” of real independence.

@EyeEdinburgh I think keeping the £ initially is to make independence a less scary choice for voters. Quote away.

The SNP has discovered the benefits of devolution leading towards independence. When the first Scottish Constitutional Convention was being held, the SNP declined to be part of it: consistently Yes voters have argued that there is no point in holding a second Constitutional Convention until after independence. But there would be no independence referendum happening this September if the SNP had not twice won elections in a devolved Scottish Parliament. Those arguing that what we need is more powers devolved to the Scottish Parliament, should note that Holyrood has never yet made full use of the powers devolved to it already.

None of this necessarily means that independence is ruled out. The referendum is on: if enough people vote and get a majority for Yes, independence is on. But necessarily, because of the way in which it was proposed by the SNP, the conditions for independence are negotiated by the SNP. And if the SNP are still tied in to the idea of Scotland using sterling and not needing its own central national bank, that is a fatal beginning to negotiations.

If you have got this far and are thinking I only say this because I am secretly a No voter, I’d note that others more committed to a Yes vote than I am see the problems too. From the Radical Independence website:

Finally, the radical alternative is take the Norwegian road and nationalise the oil, introduce progressive taxation and join the European Free Trade Alliance.

It is key that the left wing of the independence movement advocates the radical currency option otherwise they will become caught in the SNP’s currency trap which will only weaken the case for independence.

Precisely so. I won’t vote for an undefined and undeclared devo-max option. That’s neither definite independence nor the status quo.

It’s a frequent challenge flung at those who aren’t committed to voting Yes that we are scared of change. But a Yes campaign that is scared to commit to the obligations and opportunities of new currency for Scotland, but wants to cling to the pound, is just as scared of change as the most worried No voter – just less honest about it.

—
For the benefit of those asserting that “of course” Scotland could continue to use the pound, look at the Isle of Man or Jersey, here is the Isle of Man’s relationship with the European Union and Jersey’s & Guernsey’s. None of them are members of the EU: they have a special, negotiated relationship as Crown Dependencies of the UK.

7 responses to “Does the SNP really want independence?”