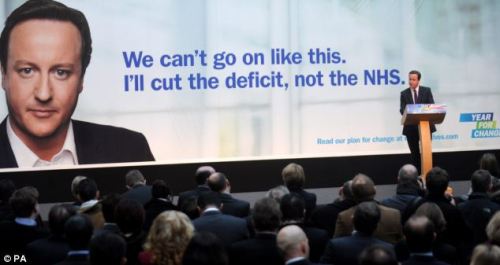 The Tory/LibDem policy of destroying the NHS has been sweeping along since 2010, to the financial benefit of Tory donors.

This is really just one more step, but it’s a big one.

The prolife Conservative party instituted charges for maternal health care for “immigrants and tourists” in 2011. With the obvious results:

The researchers heard the case of a woman who needed a caesarean for medical reasons, but who gave birth at home because she could not afford the charges. The midwives and overseas visitors officers told the charity that some women were not going to their antenatal appointments and were instead turning up in labour with severe complications.

The charity also heard that, in some cases, women had run away from antenatal care or given false addresses to midwives because they could not afford payment.

But attacking healthcare for women is what prolifers do – this is why we should be so dubious of prolifer Alex Salmond and his Health Secretary prolifer Alex Neil claiming to want the best for Scottish healthcare.

This new step involves attacking healthcare for everyone. From March next year, if you end up at an English A&E, you will find that the hospital is required to identify your nationality and eligibility for healthcare free at point of usage. Visitors from outside the European Union will be required to pay for treatment they receive on accident and emergency wards.

hospitals will be required to identify those patients who are not eligible for free care – and make foreigners pay for life-saving treatment they receive on accident and emergency wards.

But the reforms mean that eligible patients will also have to prove they have the right to be treated free of charge.

While the Government has made clear that no one will be denied medical care, they will be expected to prove their eligibility with an NHS number or passport either when they present themselves or once they have been “stabilised”.

The theory is that harassing everyone to prove their nationality will ensure more money can be claimed back from tourists and immigrants.

“This could mean the system of administering the new charging system will end up actually costing more to run than it collects in revenue. There remains a real risk that some migrants and short-term visitors who desperately need care could be discouraged from approaching the NHS if they cannot pay the proposed charges.

“There is particular confusion over access entitlements to emergency care services, given that the proposals introduce charging for A&E visits, yet say that no patient will be turned away if they need care.”

The big advantage of the NHS to a patient is that it’s extremely unbureaucratic. Because the presumption is that if you’re in need of care in an NHS hospital you should get the care you need, you don’t have to worry about your papers, your membership card, you don’t have to remember your NHS number or your passport or the address of the GP you’re registered with. It’s helpful if you can remember your name and your date of birth, but NHS patients – which is, at the moment, all of us – can show up at any NHS hospital, confident in our national insurance.

Setting in place a bureaucratic system to be run at the expense of the hospital is just going to cause more confusion and expense.

This is only in England, at the moment. But it’s yet another clear negative reason from Cameron and Clegg why we should think about voting Yes in September 2014.