Margaret Thatcher was born in Grantham and died in the Ritz. In another world, she might have become a chemist, following in the footsteps of Dorothy Hodgkin and Rosalind Franklin. Instead we may owe her for Mr Whippy ice-cream. Among her other achievements, in what is still today a male-dominated party, Thatcher first stood for election in 1950, and became the MP for Finchley in 1959 – which seat she held for the next 33 years.

During that time she destroyed much of the heavy industry in the UK, especially in Scotland and Wales, primarily because she didn’t like trade unions: she set the trend to privatisation going which led to the high prices and inefficiency in our public transport, our gas and electricity, our water, our post-office, and our health service. She supported Section 28, the cold cruel legislation which made it unlawful for teachers to stand up against homophobic and transphobic bullying. She abolished the rates, fattened landlord’s pockets with the poll tax, and said bluntly that she “didn’t believe in society”. The only thing I can think of she did that I ever liked her for was voting pro-choice (and causing lots of Tory MPs to trot after her like lambs into the No lobby) whenever anti-choice legislation was proposed.

Next week in St Paul’s Cathedral on Wednesday 17th April, Margaret Thatcher will have a ceremonial funeral, one rung below a state funeral, to be paid for by us. The only noticeable difference is that the gun carriage bearing her coffin will be drawn by horses, not sailors, and the significant difference is that as no Parliamentary vote is required, MPs will not be teased by their constituents for voting yes, no, or abstaining. In effect Margaret Thatcher, the chemist who wasn’t a chemist, is to be honoured as if she were another Princess Diana, or a Charles Darwin, or a Winston Churchill.

She does not deserve that honour, and those in power who have authorised this know it. Oddly enough it was a supporter of Thatcher and of her politics who saw why. Writing in the Daily Telegraph a year and a half ago, Peter Oborne quotes a letter from David Farham, who says he would stand on a picket line to stop Thatcher having a state funeral, and notes:

But Mr Farham – who accurately states in his letter that there are “hundreds of thousands like me” – has every right to believe what he does. He is a British citizen just as much as the most ardent of Thatcher fans, with the proviso that, as a miner, he probably worked harder and risked more for his country than they did. 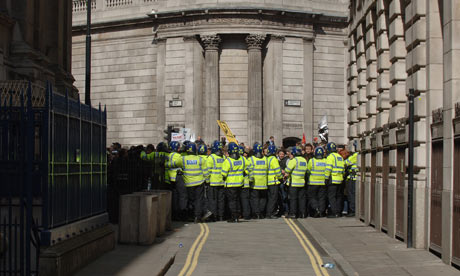 So many people wanted the day off work to see Princess Diana’s funeral – so many people flocked to Green Park, Hyde Park, St James’s Park and Trafalgar Square to watch the service on huge screens – so many people lined the road down which the car bearing her coffin was driven: can anyone imagine this happening for Margaret Thatcher? You didn’t have to share the emotional feeling many people had for Princess Diana to see that this was a genuinely national event, that many ordinary people felt connected in some way to her and wanted to say goodbye.

Benjamin Disraeli and Florence Nightingale were both offered state funerals and both refused: the honour does not have to be accepted if the family – or the individual – do not wish it. Carol and Mark Thatcher may be the only two people in the UK with the power to prevent this travesty, and it appears they do not wish to do so.

What I feel about Thatcher as a politician is how I feel about any adult who harms others. That might be what’s making tears gather just behind my face, deciding what they want to do with themselves. The person that has died today was my abuser. Good riddance. But not just mine. The people who suffered under her ideology and actions were the victims of a national abuse. A sustained campaign of relentless cruelty because the way we wanted to live was not the way she wanted us to live. Our lives didn’t suit her purpose. And so she crushed us.

And again the tears regroup and think about the quickest exit.

There will be protesters at her funeral, of course – just as in Brixton and in Glasgow, in Leeds and Liverpool, there were parties the night she died.

Unemployed Kiki Madden scrawled “you snatched my milk and our hope” on a fence and said she felt slightly guilty taking delight in Thatcher’s death, “but in the end I can’t deny the fact that Thatcher made me so unhappy when I was a kid. I grew up in Liverpool and all my friends’ dads lost their jobs on the docks under Thatcher. It was an awful time.”

In Leeds a group gathered handing out “Thatcher’s dead cake”, singing and cheering at one of several street parties. In YouTube footage a man is seen chanting ‘If you all hate Thatcher clap your hands’ into a megaphone. While in Liverpool, where many reviled Thatcher for her role in the closure of the city’s docks and her perceived role and views on the Hillsborough disaster, there was a gathering lit by red flares on the steps of Lime street station. Police said they had not been called to any disturbances in the city related to the former prime minister’s death.

While the right-wing press will rage and the left-wing press will condemn people protesting a funeral, the fact is: a state or a ceremonial funeral is not a private event. If Thatcher’s family and friends were holding a private funeral – no matter how many guests came, no matter how important those guests were in public life – I would agree that it would be appalling to picket it or protest it. But a public ceremonial funeral is a public statement by the government, and if people disagree with that statement they have the right to protest it. That is democracy.

Nonetheless, my guess is this will be policed like the Olympics or like the royal wedding: we will see arrests on the day before merely on the grounds that people are prospectively likely to take part in a protest. Riot police attacking protesters at Thatcher’s funeral is a prospect that should shame the nation – not because the protesters are disrupting a funeral, but because the government is imposing this hugely divisive funeral as a civic event. 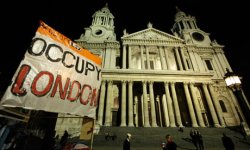 Margaret Thatcher is not getting a ceremonial funeral in St Paul’s Cathedral because anyone imagines a unified nation wishes to do her honour. This funeral is a public statement of naked government power. In a way, that makes it a horrifyingly appropriate memorial.

No state funeral for Maggie Thatcher