But one of the finalists this year is not in that category: Sainsbury’s has been nominated.

Sainsbury’s are tax dodgers and Lord John and Lady Sainsbury have dined with David Cameron in Downing Street and have donated nearly a million to the Conservatives since June 2006. Lord Sainsbury of Preston Candover sits in the House of Lords as a Conservative peer.

Conservatives usually claim that they’re the way they are not because they want to make rich people richer and poor people poorer (that’s just the unfortunate side-effect of how their policies of tax cuts for the wealthy, high unemployment, 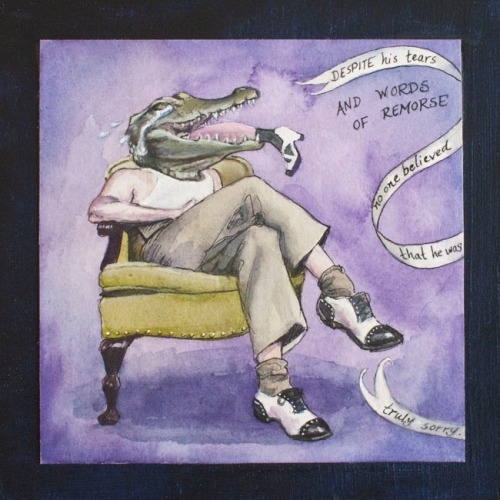 benefits and services cuts for the rest of us, tends to work out). What they want, they usually say (with a nod at Ayn Rand) is to promote self-reliance and personal responsibility.

That even sounds moderately convincing until you take a look at the effect their policies have on children.

22,000 children in Scotland – 1.6 million children across the UK – are growing up in poverty. From Save the Children’s 2012 report It Shouldn’t Happen Here, the charity most people think of as helping children in developing countries, affirmed their continuing work in the UK and announced:

We want to go even further by developing new early intervention programmes and pushing the government to do more to help families in poverty. We need to make sure that no one gives up on the fight to end child poverty. If we fail to act now, we risk betraying the dreams and talents of an entire generation.

But, together, we can turn this around. We must make sure action is taken so that no child misses out on the things they need for a happy and decent childhood, and that steps are taken, such as supporting parents into secure and well-paid jobs, to break the vicious cycle that keeps families poor – generation after generation.

If you’re a conservative who professes to believe that the Tory virtues are independence, self-reliance, and hard work, then the only solution to this is to believe that people aren’t really poor, and if they are, it’s their fault.

You can tell that many Tories really believe they’re better than us because they’re rich and they’re rich because they’re better than us (David Cameron worked hard to ensure he was born the wealthy son of a wealthy father, didn’t he?) but it’s not often that Tories like Iain Duncan Smith openly express the that it’s “snooty” for a woman from a lower-class background to expect to be paid for her work or to choose her unpaid work: indeed, when a Tory comes out and tells the lower classes they should know their place, he gets into trouble for saying what the rest of the Cabinet are too discreet to mention.

Or a Tory councillor from Newcastle. James Bannister’s Twitter ID used to be @CllrJBannister, but he has changed it to @JBanindependent and locked his account after a series of very indiscreet tweets led to a twitterstorm that even reached national news: Bannister sent the tweets in response to the MP for Hull East, Karl Turner, who said

Innocuous enough, you’d think? James Bannister harrumphed “starving? Nonsense” and continued in this vein for a while:

A Labour MP stating that people in this country are ‘starving’ is outrageous. Especially given that it’s his government that created poverty

If the people of Britain hadn’t have been subject to 13-yrs of Labour’s incompetence and financial devastation would we need food banks? No

People pretending to be ‘offended’ by me saying that ‘starvation’ is a real & desperate problem for parts of world but not particularly UK.

Local paper tomorrow will be concentrating on me calling an MP a name. I called him a ‘dickhead’ for despicably misusing the word ‘starving’

This kind of thing, openly expressed, is strong evidence that James Bannister, Tory councillor, rarely if ever meets people who are able to express disagreement with him whose views he cannot simply dismiss as “partisan opposition”. He tweeted (then deleted) a photo of an Ethopian famine victim, arguing persistently that mere hunger and lack of food did not count.

Blaming Labour for the 2008 global financial crash is the big Tory lie picked up and run with by the LibDems. Blaming Labour for “creating poverty” is an Ayn Randism – the idea that the welfare system itself creates poverty. (Ayn Rand herself, dying of cancer, accepted Social Security and Medicare.)

As many people pointed out to James Bannister, food banks are growing because poverty is growing. You have to be a cheap-work conservative to be unconcerned – as Kate Higgins wrote in the Herald in September:

This week, I was asked by a friend if I could provide details of food banks for her to contact to help some families she supports. The children are hungry, she said. I go to help them get ready for school and know they are going out the door hungry, having gone to bed hungry.

“There has been a huge increase in people coming to us who have previously had sustainable lives, and would never have dreamed of using charity relief like this.

“There has maybe been a job loss and they have exhausted savings and didn’t have people to help as a support mechanism.

“It impacts everyone, even places like St Andrews where in some streets there is zero per cent income-based deprivation. But there are still people out there who are asset rich but cash poor and don’t know where their next meal is coming from.”

I wrote a few days ago about the Scottish finalists in the BBC Food Programme.

I also wanted to write about the programme’s award for Big Food Idea – three finalists: Cornish Food Market, which is endeavouring to compete with the supermarket food delivery services in Cornwall and Devon by delivering “fresh seasonal food from local growers and producers” at a fair price which ensures the customers and the producers benefit; and another anti-supermarket idea, Growing Communities in Hackney, East London, which is an answer to the question

How do we feed urban communities in a sustainable way in the face of climate change, ecological crises and fossil fuel depletion?

And then there’s the third finalist: Sainsbury’s FareShare. FareShare is a scheme to help Sainsbury’s. Sainsbury’s provides buying sheets for shoppers and donation boxes. You can buy something from the list that a local food bank needs, and drop it into the donation box. Sainsbury’s are even running a participation scheme this weekend they call the Million Meal Appeal, where they will match the goods shoppers buy with an equivalent donation in goods.

All of this is win-win-win for Sainsbury’s. It’s good PR: it’s paid for – for the most part – by their customers, who are encouraged to shop more at Sainsbury’s – and it helps their brand: it distracts people from the fact that Sainsbury’s is a part of the problem: they took part in Iain Duncan Smith’s workfare scheme (they claim they’ve withdrawn from it now), they pay their employees a per-hour wage below the UK Living Wage and below even what other supermarkets pay. The Pay Up! campaign and the Fair Pay Network got some publicity in May this year:

“We want to put the issue of low pay on the political agenda,” said Daniel Garvin from the Pay Up campaign. “Over the past 30 years those at the top have seen huge rewards, with some CEO pay rising by 4,000% at the same time, although productivity has risen, those in the bottom half of the national pay scale have seen their pay fall by 37%.”

Getting a “Big Food Idea” award for Sainsbury’s FareShare is a much cheaper response to this than raising their employee’s wages to a rate where they wouldn’t need food banks.

In 2011-12, Citizens Advice Scotland helped people make over 2,200 applications for charitable support – for food and other essentials like electricity, over double the help for essentials that they had to provide in 2009-2010. Half the people who get food parcels are working – they simply no longer earn enough to buy food for themselves and their families. This is only going to get worse next year nearly 1.2 million working adults across the UK will lose some of their benefits because they aren’t working longer hours, haven’t taken an additional job, haven’t got a pay rise.

Even if the work is available, what this is going to do to working parents and to their children is simply appalling. How many hours a day is a working single parent supposed to spend with her children in school, in child care, or home alone? Where more hours or second jobs aren’t available, food banks and charities can provide only localised and patchy support:

An estimated one million children in the UK now live in homes without enough to eat, according to the study by the parenting website Netmums and the child welfare charity Kids Company.

The charity has reported a rise of 233 per cent in the last 12 months in children using its services for their only meal of the day. Those children have an average age of just 10.

Camila Batmanghelidjh, the founder of Kids Company, said: “We are seeing a lot more children struggling to get hold of food. We have kids who were so starving they stole frozen meat from a flat they visited and they ate it raw. We’re seeing effectively responsible parents who are just not managing to have food in the house. 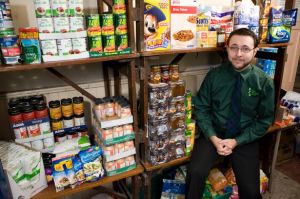 “Evidence from Citizens Advice Bureaux and food banks suggest that problems and changes in the benefits system are the most important factors.

A number of welfare changes are causing claimants to need food parcels, including changes to the social fund, Jobseeker’s Allowance sanctions and the sickness benefit reassessment. With recent changes in tax credits and future changes to Disability Living Allowance and housing benefit, we expect the number of Scottish Citizens Advice Bureaux clients that require food parcels to increase further.”

Parents in households with income of up to £30,000 a year are skipping meals themselves, going into debt, not paying bills, not replacing worn-out clothing, just to make sure their children are getting enough food to eat.

Save the Children reports:

Although families below the poverty line (£17,000 a year household income) are worst hit, working families on “modest” household incomes are increasingly struggling to make ends meet as they attempt to cope with shrinking incomes, soaring food and energy costs, and cuts to welfare benefits and public services, says the report. According to a survey of 5,000 UK adults commissioned by Save the Children:

• Some 44% of families in poverty say that “every week they are short of money”, while 29% say they have “nothing left to cut back on”.

Parents said financial worries were taking a toll on their physical and mental well-being, triggering arguments and other manifestations of family stress. Low-income parents were twice as likely as better-off parents to split up under the pressure, and more than twice as likely to snap at their children.

Where is the respect that conservatives claim they have for self-reliance, hard work, personal responsibility, in policies that ensure working parents don’t have to see their children going hungry and in worn-out clothes? (Of course these are myths: what they actually are is cheap-work conservatives.)

Why should Sainsbury’s get an award from the BBC for doing something that’s already a win-win-win for them? FareShare is intended to benefit the Sainsbury’s shareholders: the good it does to people on benefits and in work on low wages is, for Sainsbury’s, the secondary intent. I’m appalled that Sainsbury’s FareShare is a finalist in the BBC’s Food Programme: if they win the award on 28th November, it will be a triumph of satire over principle.

One response to “Supermarket Food Programme”