A day’s work for a day’s pay

The Department of Work and Pensions say

“We will be contesting these cases vigorously. These schemes are not slave labour. They play an important part in giving jobseekers the skills and experience they need to find work. It is entirely reasonable to ask jobseekers to take real steps towards finding work if they are claiming benefits.”

Jamieson Wilson, 40, is a mechanic. He has been unemployed (according to the AP story) since 2008. His Job Centre decided that the entirely reasonable way of “helping” him with the skills and experience he would need was to spend six months doing 30 hours a week unpaid work … cleaning furniture.

Cait Reilly, 23, is a geology graduate who had arranged voluntary work for herself in a local museum. She had been signing on since August 2010. Her local Job Centre had not expressed any criticism of her efforts to find paid work, helpful or otherwise, but in January decided to “help” her with two weeks unpaid work, five hours a day, sweeping floors, cleaning shelves, and stacking goods for sale, at the Poundland near where she lived. (At home, with her parents, just as David Cameron thinks an unemployed person under 25 ought to.)

The nature of such work is not the problem. I would be happy to do it if I had a say in it and, crucially, was paid. While hoping for a career in museums, I have also been applying for any job I am able to do. Like more than a million young people today, I find living on £53 a week extremely difficult, and would be delighted to find any paid work.

Nathalie Lieven QC, appearing for Reilly and Jamieson, pointed out that Poundland has a turnover of more than £500 million and its code of conduct requires it to conform to ILO standards, which include the right of all workers to receive minimum wage. So far from Reilly being “helped”, she received neither training nor supervision: she was just providing Poundland with free labour, saving the company – which reports increasing profits – from having to hire someone.

Toby Young, son of Baron Young of Dartington and his second wife Sasha Moorsom, who went from blogging at The Daily Telegraph to blogging for The Sun on Sunday, thinks that a stint he did of unpaid work at his father’s instigation in 1980 when he was 16 and wanted to leave school, gives him the right to judge Cait Reilly for wanting to be paid to work in Poundland at the age of 23:

Perhaps the two weeks she spent stacking shelves in Poundland will have the same galvanising effect on her as cleaning lavatories did on me and she’ll go back to university and get some additional qualifications.

More generally, I approve of these sorts of schemes because they denude young people of their sense of entitlement. The world doesn’t owe them a living. They can’t just expect a fulfilling career to fall into their laps – and the sooner they realise that, the better off they’ll be.

Of course, this isn’t just because British-born people turn their noses up at low-paid service jobs. It’s also because they’re caught in the welfare trap. Why take a job at Pret if your take-home pay after tax is only going to be 5% higher than what it would be if you remained on Jobseekers’ Allowance? That’s why Iain Duncan Smith’s welfare reforms are so important and why we shouldn’t let his bill be wrecked by Labour and Lib Dem peers in the House of Lords. To break the cycle of long-term unemployment we have to make sure people are properly incentivised to go out to work.

It does not occur to the Hon. Toby Young that employers might “properly incentivise” people to work by paying – shock, horror! – not just the legal minimum wage, but above the minimum wage.

While getting paid the minimum wage for a temp job at Poundland would be a welcome change from struggling on £53 a week, still, it’s low enough that Cait Reilly would still have qualified for Housing Benefit, if she’d been claiming it:

Who wins, when the government makes up the shortfall, between the poverty pay a shelf-packer earns and what he or she needs to live on? Not the worker, evidently; not the taxpayer, who may get a certain empathy boost from the fact that nobody’s starving, but reaps no economic advantage from this bizarre system; not the supplier to the supermarket, who often has his or her own case to make about deals so bad they often amount to a mugging.

How is it that wanting a fair day’s pay for a fair day’s work has become a left-wing, radical/revolutionary value? Iain Duncan Smith notoriously called Cait Reilly “snooty” for expecting to be paid to work in Poundland – though he himself continued to draw his MP’s salary and expenses during the six months he took off work in 2009 to care for his wife when she had breast cancer.

In October 2011 her Jobcentre Plus adviser told her that if she accepted a place on a “sector-based work academy” scheme she would undergo a week’s training followed by a job interview, but she was not told what her rights and obligations were. There was no interview.

Ms Lieven said Jamieson Wilson, who lives in the Midlands, the second applicant for judicial review, was a 40-year-old unemployed since 2008. He was told last November he would be required to undertake up to six months of unpaid work cleaning furniture in the DWP’s community action programme (CAP), and further periods of required work could follow.

Ms Lieven said Mr Wilson had recently been subjected to sanctions after refusing to take part in the scheme and now apparently faced the loss of jobseeker’s allowance for six months. Ms Lieven argued the regulations underpinning the schemes did not comply with the 1995 Jobseekers Act as they failed to give details of each of the schemes and the circumstances in which individuals could be required to take part.

Article 22 of the Universal Declaration of Human Rights:

Everyone, as a member of society, has the right to social security and is entitled to realization, through national effort and international co-operation and in accordance with the organization and resources of each State, of the economic, social and cultural rights indispensable for his dignity and the free development of his personality.

And Article 23 of the UDHR demands, for Cait Reilly and Jamieson Wilson and everyone else “snooty” enough to think they should be paid for their work:

For recognition of the inherent dignity and of the equal and inalienable rights of all members of the human family as the foundation of freedom, justice and peace in the world.

The usual suspects will cry “slave labour”. They always do. But they are the people who believe that young claimants have the right to sit at home playing computer games. I simply disagree.

Though Justice Foskett dismissed Cait Reilly’s claim that workfare under threat of sanction amounts to forced labour, the court of appeal today is reported to have overturned that decision. Will tens of thousands of unemployed people now be entitled to compensation after the Department of Work and Pensions sanctioned them for failing to work for free?

Uni grad Cait Reilly has won her Court of Appeal claim that requiring her to work for free at a Poundland store breached anti slavery laws.

The ruling was announced at 10am. 20 minutes later:

Re #workfare verdict – Court has backed right to require ppl to take part in progs which help get them into work.

Re #workfare verdict – ruling means we can continue with these important schemes.

The Social Security Advisory Committee’s report on 1st April 2011, following a review of the evidence, advised the government not to introduce Mandatory Work Activitym because:

“Published evidence is at best ambivalent about the chances of ‘workfare’ type activity improving outcomes for people who are out of work.”
“We are concerned that mandating an individual to this scheme could also have the opposite effect to the one intended.”
“This seems to us to signal that being mandated to mandatory work activity is regarded as a punishment…”

Mark Hoban will be on today’s #wato @bbcradio4 responding to today’s judgment on so-called #workfare. Listen from 1pm.

Hoban: We will ensure people continue to be required to undertake activity which will help them into work bbc.in/X2kKq0 #workfare

.@dwppressoffice I thought the DWP viewed #workfare as a misleading and provocative phrase?

For those of a parliamentary mind the Jobseekers Allowance (Schemes for Assisting Persons to Obtain Employment) Regs 2013 have been laid.

Which moves us on to Workfare: You win some you lose some. The courts declared the DWP’s failure to abide by its own regulations unlawful: the DWP simply published new regulations [link originally provided incorrect – will fix when new regs available online], which it claims put them within the law again. 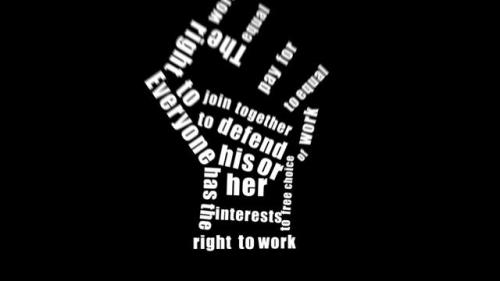