Edinburgh against the SDL

We met in the Grassmarket at noon. It was already hot. There were a lot of us. The news services without exception (that I saw) described this as

A march by the far-right Scottish Defence League (SDL) was opposed by a group called United Against Fascism (UAF).

Hundreds of officers were placed between the two groups. The SDL marchers were driven away by bus.

Some of us had dressed up for the occasion, and for some it was come-as-you-are: 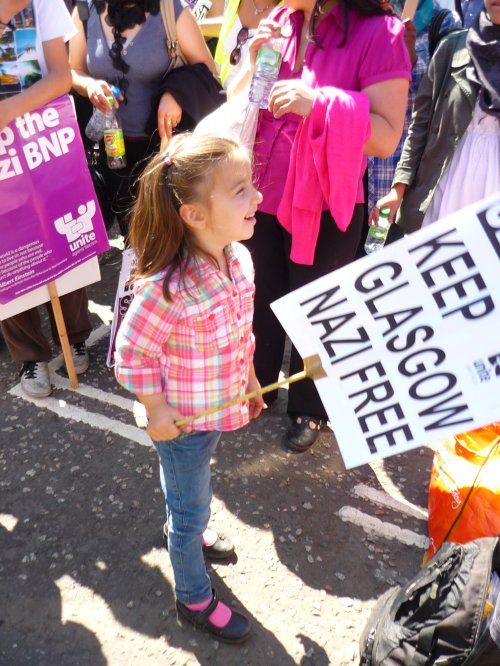 We marched from the Grassmarket, down the High Street and down North Bridge to Waterloo Place. The SDL were bussed into Abbyhill and walked along Regent Road.

There were some great banners – and a good show of the placards from the anti-SDL demo in Glasgow in February. 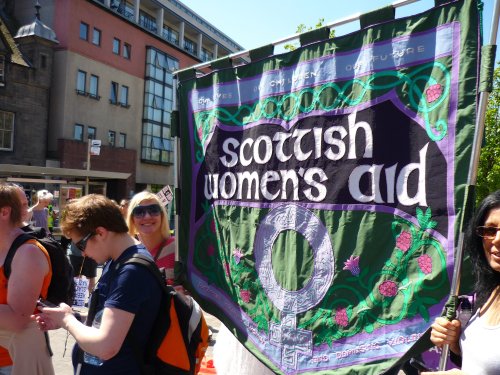 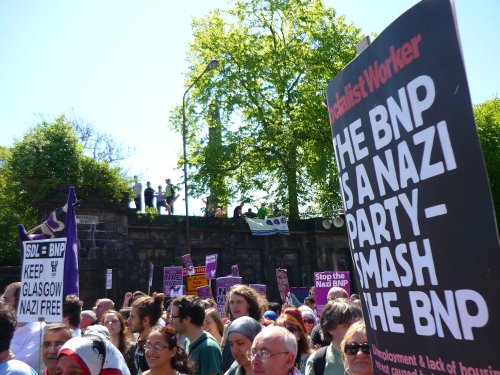 Lothian and Borders Police said around 80 people were at the SDL event while around 300 attended the counter-protest.

Both organisations marched towards St Andrews House, where they held rallies.

An “extensive” police operation was put in place around the event, involving officers from Lothian and Borders Police with support from British Transport Police, Strathclyde Police, Fife Constabulary, and Tayside Police.

The Protest in Harmony choir were there too…

What a fantastic day! We had a great number of 800-1000 on our march, the SDL had 80! We marched through the middle of town while they marched along Regent Rd invisible to the citizens of Edinburgh. We demonstrated that they were as isolated and unpopular as their march was. They may have won the court case but we won the day! 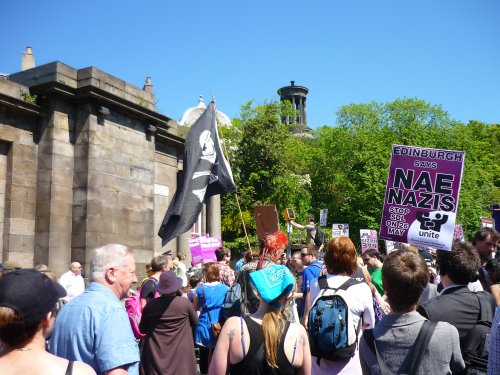 We heard at the rally that the SDL had been late starting because some people had inconsiderately happened to sit down in the road and block their way. What a shame.

Gallery of pics from Bob Shields here
My Flickr set

Filed under In The Media, of Edinburgh, Photographs, Scottish Culture

One response to “Edinburgh against the SDL”