Links round-up for International Day Against Homophobia and Transphobia

The Unfinished Lives Project is a place of public discourse which remembers and honors LGBTQ hate crime victims, while also revealing the reality of unseen violence perpetrated against people whose only “offense” is their sexual orientation, gender identity, or gender presentation. 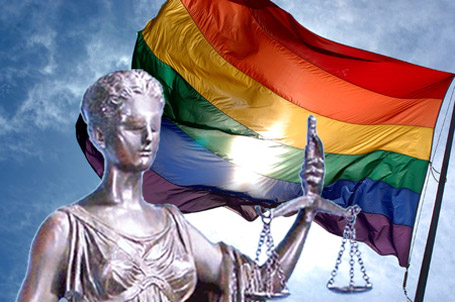 The ongoing story of Archbishop Cranmer versus Advertising Standards Authority. This is turning out quite fun. *popcorn*

In the real world: the Advertising Standards Authority have finally ruled that the Paddy Power “Ladies Day” advert breached their codes. It had already had its clearance by Clearcast, a separate group who pre-vet adverts, withdrawn after the complaints. Complaints fell broadly into three categories: That the advert was offensive, that it caused harm and that it was not socially responsible and the ASA upheld that all three rules had been breached.

David Thorne gets the most awesome fan letter ever.

Over at the Catholic Herald, they’ve been getting upset this week over the idea that the Law Society would ask a bigots meet-up to go elsewhere when the bigots have nothing but (they feel) the purest and most Christian motivations for wanting to restrict civil and human rights for same-sex couples.

George Takei is awesome. I just thought I’d mention that, because it turned out one of the Catholic Herald commenters didn’t know Mr Sulu was gay and now can’t enjoy watching Star Trek any more.

David J Dunn: Why Christian Activism Against Gay Marriage Is Not Very Christian

We should take note of the fact that when Jesus described what it will take to enter the kingdom, he did not mention sex at all. In “The Parable of the Sheep and the Goats,” Jesus says that when he returns again, all the nations of the earth will be gathered before him, and he will begin separating the good from the bad — the righteous from the unrighteous (see Matthew 25:31-46). One thing he will not say is, “You worked hard to keep gays from getting married. Enter into your reward!” Rather, the citizens of God’s kingdom will hear, “I was hungry and you gave Me food; I was thirsty and you gave Me drink; I was a stranger and you took Me in; I was naked and you clothed Me; I was sick and you visited Me; I was in prison and you came to Me.” Gays are not mentioned anywhere.

(Also, Fred Clark at Slacktivist’s On Christianity and marriage equality post for IDAHOT.)

Stewart Kirkpatrick: A Christian argument in favour of gay marriage

We have heard a lot from assorted churches about how letting “the gays” marry will destroy marriage. Isn’t it funny that Christians are obsessed with what goes on in the bedroom but are relatively silent on the grotesque economic inequalities in our world? These inequalities see 21,000 children die each day – and those are children, not foetuses.

This lacuna is strange as Jesus did not rail against homosexuality but he did consistently challenge the wealthy and powerful, condemning greed and excessive wealth. How come we Christians do not follow that example? How come so many of us focus our wrath on gay people or pregnant women who do not wish to be pregnant? While I respect the faith of my coreligionists (and indeed adherents of other religions as well), I can’t help but feel that they have missed an important point.

Momtaz Begum-Hossain finds that you can always depend on the kindness of Twitter. Especially when removing BNP banners.

Nine-year-old Josef Miles and his mother, Patty Akrouche, were walking around the Washburn University campus in Topeka, Kan., on Saturday when they saw a group of Westboro Baptist Church protesters armed with signs.

The Church is infamous for using pickets with phrases like “God hates fags” and “Thank God for dead soldiers.”

After reading some of the signs on display, Akrouche said that Miles asked her if he could create one of his own.

Using a small sketch pad, he wrote out his message in pencil and held it out while he stood across from the picket line.