Why do almost all political parties select men?

No political party today would argue that they ought to be allowed to discriminate against women.

But they all do.

We know they do, because we can look at the results: 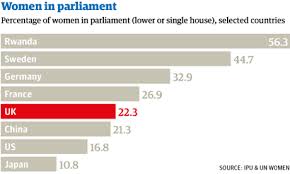 That high point in the Labour graph was from 1997, when half of all constituencies with winnable seats were required to have women-only shortlists.

Of course men complained about this, and men’s reasons for complaining are obvious: this system meant that party activists who had earned and deserved a chance of winning a seat, would, in 50% of constituencies likely to go Labour, not stand a chance of being selected. That is to say, in just 50% of constituencies between 1997 and 2003 (when legal challenges from disgruntled men forced Labour to drop the policy) the men were in exactly the same position as women – and they didn’t like it.

(I was thinking about this as I caught up with Masterchef 2012 last night. The two male judges discussing “Who will win?” when it’s clear that Shelina Permalloo is so far ahead of the other two that they might as well give up now. 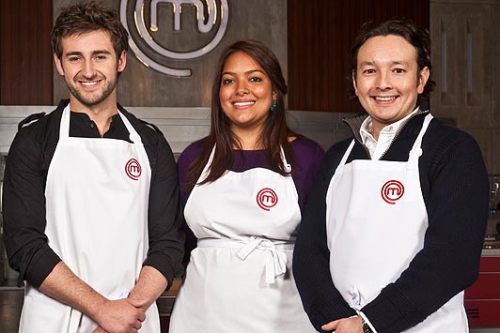 “Whatever women must do they must do twice as well as men to be thought half as good. Luckily, this is not difficult”

Never was the adage so clearly demonstrated. (First said by Charlotte Whitton, by the way. First woman elected as mayor of a major Canadian city.))

But men don’t have the slightest problem being chosen because of their gender instead of their abilities. They don’t even perceive it as a problem: they assume their gender is neutral in the selection process. But we can see from the results that being a man is not a neutral factor: at the 2011 Holyrood elections, at least 21% of the candidates standing for election had been chosen because they were men.

Faced partly by legal challenges, Labour dropped its all-female shortlists and “twinning” of seats after 2003, but in Scotland since has used “zipping” on the regional lists to rank women and men in rotation.

The Scottish National party, Tories and Lib Dems in both countries repeatedly resist pressure to introduce positive action policies in selection procedures. While the SNP won the first ever majority at Holyrood in 2011, with 69 seats, only 28% of those were women. (Guardian, 15th March 2012)

Orchestras in the US since 1970, and increasingly in other parts of the world, have been practicing gender-blind auditions. You would hope that a committee selecting a player for an orchestra would naturally choose the best player. It would hardly make sense to do anything else, would it?

But the results whenever the committee were required to judge the candidates on playing alone, without being aware whether the musician they are listening to is a man or a woman, prove without a doubt that selection committees are strongly biased by gender: that whenever they are allowed to know if the player is male or female, they will often choose an inferior man over the better woman. (Frankly, I see this happening with the unfortunate Tom Rennolds, though apparently the Masterchef judges like him for his flavours, which is the bit you don’t get to perceive on TV.)

Discrimination against women has been alleged in hiring practices for many occupations, but it is extremely difficult to demonstrate sex-biased hiring. A change in the way symphony orchestras recruit musicians provides an unusual way to test for sex-biased hiring. To overcome possible biases in hiring, most orchestras revised their audition policies in the 1970s and 1980s. A major change involved the use of blind’ auditions with a screen’ to conceal the identity of the candidate from the jury. Female musicians in the top five symphony orchestras in the United States were less than 5% of all players in 1970 but are 25% today. We ask whether women were more likely to be advanced and/or hired with the use of blind’ auditions. Using data from actual auditions in an individual fixed-effects framework, we find that the screen increases by 50% the probability a woman will be advanced out of certain preliminary rounds. The screen also enhances, by severalfold, the likelihood a female contestant will be the winner in the final round. Using data on orchestra personnel, the switch to blind’ auditions can explain between 30% and 55% of the increase in the proportion female among new hires and between 25% and 46% of the increase in the percentage female in the orchestras since 1970.

Music auditions are one area where it is possible to be completely gender-blind. (Cooking would be too, but of course Masterchef wouldn’t be half as much fun without the judges hovering around the contestants making snarky and helpful comments.) Political contests are never gender-blind. Inferior men are routinely selected in preference to the better candidate – not because the selectors are deliberately bigoted, any more than most of the pre-1970 orchestra audition committees were deliberately choosing inferior musicians – but just because they cannot overcome the inherent bias with which they were brought up.

(The Scottish Greens, though they don’t show up on the UK graphs at all, are the only party in UK politics with a constitutional commitment to gender equality – though of the four big parties it’s clear Labour does the best. In the current Scottish Parliament, the Greens and Labour are the only two parties with 50/50 women and men.)

The Scottish council elections are coming soon on 3rd May. (Your deadline to register to vote is 18th April, by the way. About My Vote will give you the details.) How many of the candidates chosen will be women? How many parties will be deliberately and consciously trying to avert their bias by purposefully choosing women for half their winnable seats?

And how many will be taking the easy course, closing their eyes to their bias, and pretending that they’re choosing the best musicians for their political orchestra, when we’ll be able to see by the results that they were disregarding better players and choosing on gender rather than ability?

Ignoring half the population is never a good idea. It means we lose the talents and perspectives of a huge cross-section of society and we are the poorer for it. The current lack of women in our parliaments also perpetuates the lack of representation of social class, income, life experience, type of education, ethnicity, sexuality and age in these institutions and sets a terrible example for other sectors.

Our political institutions shouldn’t be carbon copies of society, but when they represent an entirely distorted picture of who we are, this can’t help but create a parliament which is out of touch with the people it serves.

For the politicians and parties trying to build bridges with voters at a time of low trust, this is a massive own goal.

I live in Leith Ward, and plan to do a general diversity audit on the candidates chosen by the various parties. But unfortunately I already know the Scottish National Party have failed: they have an incumbent male councillor, Rob Munn… and when they decided to run two candidates, they picked another man.

From the Fawcett Society:

Before the [2005 Westminster] election, each of the party leaders said they wanted more women in Parliament, all of the main three political parties undertook some equality promotion measures such as extra training for women, but only the Labour Party used positive action in the form of all-women shortlists in some seats. Considering the Labour Party’s overall loss of MPs, the increase in the number of women Labour MPs, from 95 to 98 (27.5 % of the party), was impressive. After the election women made up 16.1 % of Liberal Democrats MPs and only 8.6 % of Conservative MPs.

This indicates that it is not enough for parties to say that they want to increase the number of women MPs, nor is it sufficient for parties to use ‘soft’ measures such extra training for women. Only when political parties apply positive action to get women selected for winnable seats, will there be an equalisation of women and men present in the House of Commons.

In the House of Commons. In the House of Lords. In the Scottish Parliament. In my local council. I want to see the parties that claim to represent me, choosing candidates on the basis of their ability – and that means setting active, positive strategies in place to overcome their own bias in favour of choosing the ablebodied white man regardless of his ability. If orchestras can do it, so should politics. Let’s play fair.

PS Shelina says she calls her mum before each round of Masterchef, and her mum tells her she’s wonderful. So she is. Go in and win, Shelina!

(Now seriously narked by persistent sexist assessments of Shelina’s appearance and character, too.)

6 responses to “Why do almost all political parties select men?”